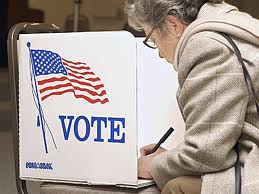 For a card-carrying senior whose wallet includes memberships in AARP and Medicare, journeying across life’s continuum to the childhood years can be quite revelatory. In my case, the impetus for this adventure in time travel was the annual Intergenerational Writing Project, a collaborative experiment between the Culver City Senior Center and the sixth-graders of Turning Point School. As one of the senior volunteers I’ve eagerly participated since the project’s inception in 2010, savoring the enlightening and stimulating privilege of meeting annually with a group of eleven- and twelve-year olds to share and compare our worlds and insights through a prism of creativity.

Over a period of a few weeks we’d assemble about half a dozen times. Mostly we’d meet at the senior center, with a couple of sessions at the school. There’d be several tables of children with one or two seniors at each, along with a faculty facilitator. The semi-structured and free ranging discussions would culminate in topics for the homework assignments which the seniors were also encouraged to create: essays or poems to be shared at the next meeting.

While homework is not something for which people my age are generally accountable, I loved this opportunity to be creative and engage with such a different demographic, especially one so receptive and enthusiastic about the viewpoints offered by our group of senior volunteers. And the children’s viewpoints were insightful and heartening. This was definitely a win-win experience.

While I enjoyed all of the assignments, one that really stayed with me was inspired by Mahatma Gandhi’s statement: “We must become the change we want to see.” We were to write about one change we felt strongly about and were committed to implementing. It quickly became apparent that these children possessed a high level of social consciousness and awareness of disparities as their concerns included ecology, pollution, religious extremism, poverty and racism. Volunteerism was entrenched in their lives, and their passion to make a difference moved me deeply.

What I shared was my belief that lasting change ultimately hinges on our realization that we are innately connected to each other, to every living creature on the planet and to the planet itself, a connection that is as powerful as if we were joined by invisible cords.

Therefore, a primary universal change I would like to see is a heightened visceral awareness of that connection. We really are all in this together, just as all the cells in our body form one being. Think of our world and its inhabitants in that context, as one being. If one part of the body sickens and is left untreated, the consequences are far-reaching, and ultimately the entire body is affected. Imagine, for a moment, what an incredible world this would be if belief in such connection infused everyone’s actions.

On a very personal level, one specific change to which I’m committed is the eradication of cancer, and I strongly support the American Cancer Society’s efforts to de-fang and de-claw this killer. The Culver City Relay For Life, a 24-hour event that will take place this year on May 19-20 on the athletic field at Culver City High School, provides one such opportunity in our very own community to help change the world.

Although I’m a survivor, I’ve lost many I care about to various forms of cancer. It’s an equal opportunity disease, striking men, women and children of all races, genders and nationalities. Because people throughout the world are suffering and dying from this disease right now, I am abundantly grateful that I am alive and able to volunteer by speaking before groups, frequently participating in the Relay For Life in order to raise funds, and donating in the in between years. The discoveries growing out of research transcend borders.

When I was diagnosed in 1991, a dear friend who was raised in Chile and was tremendously supportive during my surgery and treatment, taught me the rallying cry of her country’s patriots in their war of independence from Spain. They were connected by purpose and vision, empowered by that connection to become the change they wanted to see as they encouraged each other by calling out “mano firme y triunfaremos” (“firm hand and we will triumph”). The power embodied in that phrase, coupled with the strength radiating out to me from the people in my life, helped speed my recovery.

When we truly feel connected, change is inevitable. Maybe those invisible cords between us are a manifestation of our essential humanity, just waiting to be recognized and expressed in that ongoing creative event we call life.

The children got it, and that gives me hope.

Editor’s Note – Culver City Crossroads is delighted to have Sandra Coopersmith as a contributor, and she will be posting for us on a regular basis.