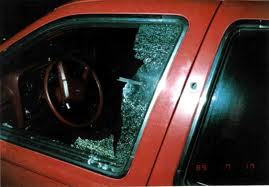 Crime Blotter for May 8th through the 14th.
Attempted Street Robbery:
On May 8, 2012 at 9:55 pm, officers responded to the 6200 block of Bristol Parkway regarding a robbery investigation. The officers met with the victim who told them the following; he was walking toward his residence when he heard someone tell him to drop his wallet. He turned around and the suspect # 1 was pointing a handgun in his direction and suspect #2 stood next to him. The victim began yelling at the suspect(s) and they both fled the location.
The suspects were described as 2 male Blacks, 5’6 to 5’8, 18-21 years, and wearing black hooded sweatshirts.
Commercial Burglary:
On May 10, 2012 at 7:45 am, officers responded to the 3500 block of Eastham Drive regarding a burglary investigation. The officers met with reporting party who told them the following; he said the location was secured on May 9th at 2:51 pm and he returned the next morning at 5:00 am and discovered the lock to a storage room had been pried opened and the property in the room was missing.
Vandalism:
On May 10, 2012 at 9:15 am, a victim called the police department to report his business had been vandalized. The victim said his business is located in the 5100 block of Overland Avenue and when he left at 7:00 pm the business was fine. When he arrived at 9:00 am he discovered the front windows had been vandalized.
Car Burglary:
On May 10, 2012 at 3:45 pm, a victim called the police department to report her 2003 Hyundai was parked and locked in the 9800 block of Jefferson Boulevard. She parked her car at 2:30 pm and when she returned at 3:30 pm discovered her passenger window had been broken out and her property missing.