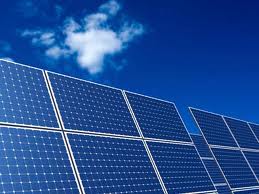 The Tues. April 24 meeting of the Culver City School Board brought the Elenda St. school complex another step closer to solar power.

Mr. Clyde Murley, the district’s consultant on the solar project began by focusing on the basic 750 kilowatts of solar; the minimum amount of panels that will qualify the project for the state funds that will help to defray the costs.

By using carport structures to support the solar panels, the panels will not need to be placed on the roof at the school complex, keeping long term roofing maintenance issues out of the mix.  “Most of these carports are pretty utilitarian,” Murley began, “only one of the vendors proposed an attractive design, and it was also structurally much more sound. These will be on campus for the next 30 years – and we need to remember you are adding to the architechtural look of your campus by adding [solar panels] .”
Murley elaborated “750 kilowatt is the smallest we can do, and of course, the less efficient the model, the bigger the carports.  [Solar vendor] Sun Power ‘s design is prettier, cost less, looks better, and not only will it save on up-front costs, it will  save much more in the long run. ”
School Board President Karlo Silbiger, seemingly concerned about being locked into the $3.9 million dollar contract, asked for a “Plan B ” to be in place, “not that we would ever use it,” in regard to the commitment and the construction schedule.
Board member Pat Seiver asked if the Sustainability Committee was on board with the proposal, and committee chair Todd Johnson was present to speak. Offering his support to Murley, Johnson noted that “a lot of work has gone into this, and [the sustainability committee] is very pleased to be at this point.” The parents and students in attendance offered a round of applause.

Board member Kathy Paspalis spoke to the budgetary concerns, asking if state funds could be started when the first 80% of the project was complete. Murley responded that the first 80% could be considered as a complete project for state funding purposes, and the next section could be applied for as a separate project.

The motion to approve negotiations with the solar vendor Sun Power was unanimous.