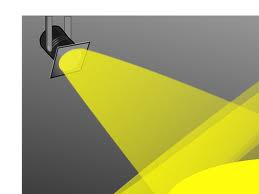 In this letter I will address your concerns point by point.

Concern #1: Yard signs
I was given permission to place signs in front of the property you mentioned by the landlord, who is a supporter of mine.

Concern #2: Negative campaigning
I run a positive, issues-based campaign, just like I did in 2010. I have not and will not engage in or condone negative campaigning. The “the constant barrage of vicious attack articles and blogs aimed at Scott Malsin” were not sanctioned or orchestrated by my campaign. I do not control what people write on blogs, but I do believe everyone has the right to express their opinions.

Concern #3: Mailings
I am not aware of the “illegal postcard mailings” you mentioned. My campaign has never engaged in any illegal mailings.

Concern #4: Support
I am proud to have the support of the Culver City Employees Association, Sierra Club, LA League Conservation Voters, Los Angeles County Democratic Party, Beverly Hills-Greater Los Angeles Association of Realtors, National Women’s Political Caucus LA Westside, Culver City Democratic Club, as well as the entire school board, and hundreds of residents and scores of elected and appointed officials. I was proud last campaign to have union support from the SEIU – to which many Culver City residents belong. I could not control the timing of their donation, which was legally disclosed, just like all contributions to my campaign.

Concern #5: Adjuncts
I am one of the few – possibly the only – candidate who actually funds an adjunct program in Culver City. I am also one of four candidates I believe who have not signed the petition: only two out of the six candidates have signed it. I have been very clear on this issue, despite the fact that it is not something over which the Council has any authority.

I strive to address the concerns of all Culver City residents and stakeholders, and invite everyone to call or contact me. In the future, I urge you to verify information before posting accusations about any of the candidates, as to not do so would be irresponsible.