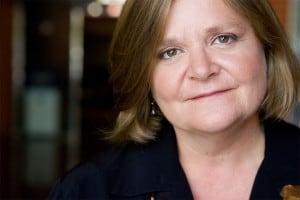 Local composer Bronwen Jones is the mind behind the music on the KCET series Your Turn to Care, a focus on caregiving for elderly parents and friends. “It’s very different, writing for a tv doc rather than a long film,” she said “It’s a different sense of deadline, and of course, the music itself is shorter.”

Because of her work on documentary films, Jones is involved in the National Documentary Association, and a colleague there connected her with the series producer.

Having spent much of the last decade caring for her mother-in-law, Mackie Hamilton, the subject was very close to Jones’ own life, and one that she is a compassionate advocate for. “It’s one that we have to take on [caring for elderly parents] and we all need all the resources and help we can get.” Jones found the information offered in the series to be very sound advice.

Among the longer docs she has scored are the amazing Bloodtime, Dreamtime, Moontime (2008)  by Roberta Cantow and the Emmy nominated Sisters Of Selma: Bearing Witness For Change (2007) a PBS documentary by Jayasri Hart for Alabama Public Television.

To get more information and broadcast times for Your Turn to Care, go to www.kcet.org/shows/socal_connected/content/health/your-turn-to-care/