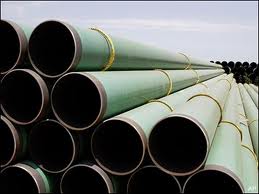 Months after an agreement to increase health and safety protection in the Baldwin Hills Oil Field, the largest contiguous urban oil field in the country, Plains Exploration & Production, the oil company in charge of the field, has begun “fracking”-a controversial practice that aims to access hard-to-reach deposits of oil and natural gas by enhanced drilling techniques that inject a mixture of water, sand, and toxic chemicals into the ground. Nationwide, fracking has prompted debate about the impacts to ground and surface waters, as well as its potential link to earthquakes.

Community members and families who live, work, and play near the oil fields will have an opportunity to voice their concerns and questions about “fracking” in the Baldwin Hills, learn about and help shape the “fracking study” currently taking place at the oil field, and ask for more transparent communication related to all fracking activities going forward. This important public event will take place at the Rec Center in Kenneth Hahn State Recreation Area as part of the regularly scheduled Community Advisory Panel meeting.

WHAT: Community Update on PXP’s Fracking Activities in the Baldwin Hills

WHO: State Division of Oil, Gas, and Geothermal Resources (DOGGR) Supervisor Tim Kustic and Chief Deputy Director Jason Marshall will join representatives from PXP, the Department of Regional Planning, and County and State government in speaking with community members and families who live in affected communities including members of the Greater Baldwin Hills Alliance.

“Community Health Councils is a non-profit, community-based health promotion, advocacy and policy organization. Established in 1992, CHC’s mission is to improve health and increase access to quality healthcare for uninsured, economically-disadvantaged, and underserved populations.”