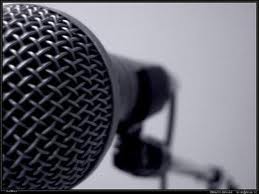 Offering a full day of live broadcasts and events set for The Culver Hotel “KNX on Your Corner” will shine a spotlight on Culver City on Friday, March 9 as part of KNX 1070 NEWSRADIO’s in-depth look at Southern California’s diverse communities.

Features and news stories dedicated to Culver City will highlight a full day of primetime programming that will emanate from The Culver Hotel, one of the city’s iconic landmarks. Civic and business leaders, along with colorful personalities connected to Culver City’s rich history and revitalization will be featured guests as the city marks its 95th anniversary.

News anchors Dick Helton and Vicky Moore will kick off the live broadcast from 5:00 – 9:00am from The Culver Hotel which opened in 1924 and is located in the heart of the rejuvenated downtown area at 9400 Culver Boulevard. A free continental breakfast will be served to everyone attending. Frank Mottek will host the KNX Business Hour from 1 – 2:00pm and Diane Thompson and Chris Sedens will anchor KNX’s news coverage from 2 – 7:00pm.

A business mixer open to the public beginning at 5:00 pm will culminate the day’s events.