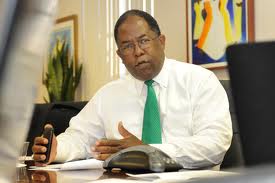 Adding to a growing list of prominent officeholders supporting his candidacy for the Culver City Council, Jim Clarke announced that L.A. County Supervisor Mark Ridley-Thomas has endorsed his candidacy.

“I am proud to endorse Jim Clarke for Culver City Council,” said Supervisor Ridley-Thomas. “His leadership is exactly what Culver City and our region need right now. Jim’s vision will benefit the residents of Culver City.”

Clarke has a long career in public service and currently serves as director of the Mayor’s office of grants for the City of Los Angeles, where he has helped to secure tens of millions of dollars in federal funding. A 35-year Culver City resident, Jim is running on a platform of sound fiscal management and job creation. He has been endorsed by the Culver City Chamber of Commerce, eight former mayors of Culver City, nine current and former Culver City School Board members, and many of the area’s most respected elected officials.

Six candidates are contending for four seats on the Culver City council. For more information about Jim Clarke, visit www.jim4culvercitycouncil.com. The election is April 10.