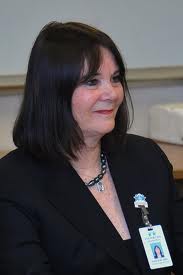 At the school board meeting on Feb. 14, CCUSD District Superintendent Patti Jaffe announced that she will be retiring in June. “With the information about pensions, which is still changing daily, it looks like the moment is now.”
Jaffe was confirmed for the position in March of 2011 after serving as the interim for six months, and was a popular choice with the community. She had risen through the ranks, staring decades ago as a part time aide, and stepping in to both teaching and then administration as her career progressed. Her tenure will be looked back on as a time of controversy and shift, and the continuing budget crisis has made the job far more stressful and challenging than she may have foreseen. Jaffe had come back from retirement from her previous position to take on the superintendent role.

“The information that I have now makes it look as if June is the moment, so I will be planning my retirement for the end of this school year. That leaves the board with time to begin their search for the next superintendent.”