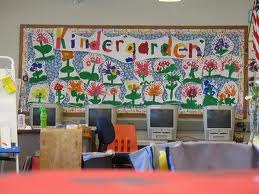 Kindergarten enrollment at all schools will be between February 16 and March 21, 2012. Please call your home school for an appointment.

If you are interested in CCUSD Dual Language Programs at El Marino Language School and/or La Ballona Elementary, you should attend their information night as well as your home school’s night. You will need to complete the enrollment process at your home school between February 16 and March 21, 2012. At that time, you may submit a Dual Language Application to the requested school(s) and be entered into their Dual Language lottery. CCUSD expects some spaces will be available for permit applicants who pass the Spanish proficiency interview.

Culver City residents, enrolled or pre-enrolled by March 15, 2012, are eligible to apply for a transfer (from one K-5 Culver City school to another) ONLY during the Open Enrollment Period (February 15-March 15, 2012). Interdistrict Permit Applications will be accepted once a student has received an Interdistrict Transfer Permit by the District of Residence.

The following information is required when enrolling your child in kindergarten:
* Verification of Parent/Guardian Identity (Government-issued photo ID)
* Proof of residence in Culver City or Interdistrict Transfer Permit
* Proof of birth (birth certificate or passport)
* Current immunizations and CHDP Report of Health Examination for School Entry completed by a physician.

CCUSD will be offering a Transitional Kindergarten (TK) program in the 2012-13 school year. Although it was recently announced that the funding has been cut by the governor, CCUSD will go ahead and offer this TK program next school year (2012-13). However, depending on future funding, CCUSD may not be able to offer this program in subsequent years.

CCUSD will be offering Transitional Kindergarten Parent Nights to provide parents with more information on this option. Please refer to CCUSD’s Educational Services website for more information about the TK program.