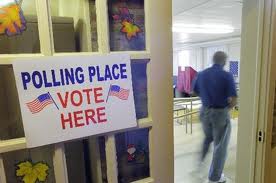 At the Candidate Forum held Tuesday, January 31, by the Culver City Chamber of Commerce Board of Directors where they heard from all six candidates for Culver City Council the board endorsed four candidates, Current Mayor Mehaul O’Leary, Councilmember Andy Weissman, Jim B. Clarke and former councilmember Scott Malsin.

“The four endorsed candidates showed the best understanding of the city’s financial situation and the very real issues we are facing as well as speaking knowledgeably of the future of Culver City post the closure of the redevelopment agency”, stated Goran Eriksson – Chair of the Board of the Culver City Chamber, local businessman and resident. Eriksson further stated, “This is not the time to learn on the job.”

Micheal (Mehaul) O’Leary currently serving as Mayor of Culver City has shown his leadership in assisting neighborhoods and small businesses in working out issues instead of leading them drag on for months. One of O’Leary’s great assets that he brings to the city council is his knowledge of the hospitality business, which is one of the largest revenue areas in the city’s budget. We know that tourism will be one of the leading business segments that will lead the nation and our city out of this long lasting downturn.

Andy Weissman was endorsed because of his complete knowledge of the Culver City community, his demonstrated leadership in the past four years as a councilmember and community member being involved in the Culver-Palms Y and the Culver City Rotary Club. He was the leader on the council in working on the Baldwin Hills oil drilling issues along with his straightforward approach to municipal issues.

Jim B. Clarke, a long time resident of Culver City, with a vast experience in the legislative process by currently serving Los Angeles Mayor Villaraigosa on federal matters and previously serving as former Congress member Diane Watson as Chief of Staff brings these unique qualities at a time of great financial challenges for the city.

Scott Malsin, a former member of the Culver City Council brings his knowledge of the city budget and finance to the table as well as his specific understanding of the issues of small business and local residential issues. During his time on the city council he worked with fellow council members on the success of Westfield Culver City and bringing this spring the EXPO Light rail to our city.

The interviews will be placed on the chamber’s website www.culvercitychamber.com on Feb 6, 2012 for everyone to view.

The Culver City Chamber the only city-wide endorsing organization that interviews ALL council candidates has endorsed over the last seven city council elections as well as being the only city-wide organization that supported the last number of school funding elections, because as Harry Culver, founder of our city said, “ that Culver City needs to have a balance between residences and business to have a viable community.”