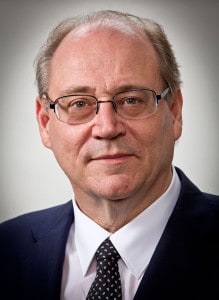 Goran Eriksson will lead the Culver City Chamber during 2012, a local resident and small businessperson was elected at last week’s Board of Directors meeting. Joining Eriksson on the Executive Committee is Chair-elect Michael Hamill, Vice Chairs of the Board Kevin Lachoff, Chuck Martinez, Elena Sweda Neff, Bill Reider, Scott Wyant and Angela Gibson as Immediate Past Chair.
Mr. Eriksson owns esi Techtrans, Inc. an international business development company as well with his wife Britta Eriksson owns EuroVat another international business services company. As a resident of Culver City, Mr. Eriksson will bring his involvement of the entire community to his leadership of the Culver City Chamber.
Join us at the Installation of Officers and Awards Luncheon on Friday, January 13, 2012 at the Four Points by Sheraton located at 5990 Green Valley Circle.
An important part of the Culver City Chamber is the continued involvement in the entire community and not just one area. The Chamber Board is a diverse board of 29 business people that not only represent business, but also is involved through its diversity of businesses, ages and local responsibilities. Here is the Chamber Board by numbers:
• 15 residents/homeowners
• 20 represent small business
• 8 women
• 15 are Baby Boomers
• 13 are too young to be Baby Boomers
• Uncounted numbers are involved in AYSO, Little League, local service clubs, Boy Scouts and many professional organizations throughout the state and nation.
EVENT: Annual Installation of Officers and Awards Luncheon
DATE: Friday, January 13, 2012
LOCATION: Four Points by Sheraton, 5990 Green Valley Circle,  Culver City 90230
TIME: 11:30 AM registration; 12:00 PM buffet
COST: $25 prepaid only
RSVP: By 1 PM on Thursday, January 12 culvercitychamber.chambermaster.com/events/details/installation-of-officers-luncheon-2012