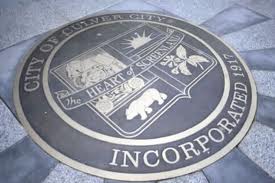 Less than one week after officially kicking off his campaign, Andrew Weissman has secured hundreds of endorsements for his re-election campaign, including support from numerous local elected officials.
Shortly after announcing that he would not seek re-election in April, Councilman Christopher Armenta endorsed Weissman, saying, “Andy is a terrific Councilmember. He is thoughtful, objective and always well-prepared. Andy has shown his leadership skills and his ability to reach out to build consensus. He is a friend and I am pleased to support Andy for re-election.”
Councilman Jeff Cooper, the only other sitting Councilmember not on the April ballot, has also announced his endorsement of Weissman.
The pair joins Culver City Unified School District Board of Education members Kathy Paspalis and Laura Chardiet in supporting Weissman.
The newly elected Chardiet cited Weissman’s demeanor and leadership skills as reasons for her support.
“Culver City is fortunate to have Andy Weissman as a member of our City Council,” she said. “Andy leads with a combination of humor and intellect and has a talent for bringing people together. He approaches issues calmly and makes decisions with the best interests of the community in mind. I am proud to know him and to enthusiastically support him in his campaign for re-election on April 10th.”
Weissman’s list of supporters has grown to well over 300, including numerous former elected officials and other Culver City residents.
“This show of support, especially so early in the campaign, is very gratifying,” said Weissman, who was the leading vote-getter in the 2008 election. “I think I have done a good job at City Hall over the past four years, and these endorsements mean that a lot of Culver City residents apparently appreciate my efforts to bring civility back to the Council dais and keep our city on firm financial footing.”
Weissman will hold his major fundraiser on February 25 at The Culver Studios.