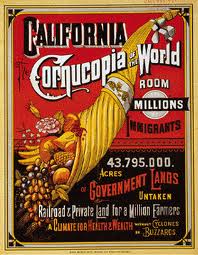 To every thing, there is a season.

A time to be born, a time to die, a time to plant, and a time to uproot the planting, as Ecclesiastes reminds us.

Even here in Southern California. Apples, pomegranates, persimmons, winter squash and other fall produce abound at the farmers market. The sun’s setting earlier and evenings are getting nippier. The Saturday morning Culver South Farmers Market is on hiatus until January as holiday shoppers’ parked cars fill its usual spot in the Westfield parking lot. You don’t need to look at a calendar to know winter is just around the corner.

The pace – at least in the natural world – slows down during winter. It’s a time for drawing inward in reflection and for paring down the worn, the used, the unessential. It’s a time for thanking and releasing things which have sustained us during the spring and summer but outlived their usefulness. It’s a time for us to prepare for the new. A time to lay a solid foundation for spring’s exhilaration, new growth and promise.

I’ve enjoyed writing the Fresh From the Farm column these past few years. I’ve been an early supporter of the farmers market movement, and I’ve loved sharing my discoveries, seasonal recipes, interesting factoids, great stories ,and tidbits of culinary and agricultural history with you. There’s a lot of food writing out there, but there’s only one Culver City. In keeping with the home-grown, local news and events coverage of Culver City Crossroads, I’ve kept this column’s focus on our markets, our farmers, our vendors. The recipes are chosen with care, each showcasing fresh food available that week at our farmers markets.

I still believe in the local food movement and all that the farmers markets – and this column – represent. But it’s becoming increasingly more difficult for me to stay focused on just the 38,000 people and five square miles of Culver City.

Think global and act local. Or is it think local and act global? Perhaps it’s best to think and with global and local consciousness.

Last Thursday was Thanksgiving. Far removed in time and distance from the small group of Pilgrims which survived its harsh first year in the “New World,” we still remember the stories of Native Americans and Pilgrims coming together to celebrate a good harvest. And here in the 21st century, food still takes the center stage at Thanksgiving celebrations. Treasured family recipes, gourmet recipes from cooking shows and magazines, tantalizing tastes from foodie blogs, turkey with chorizo or sticky rice or matzoh stuffing, vegetarian lasagne, grilled portabella mushrooms and heirloom tomatoes over polenta – did you even have room on your table for the traditional cornucopia centerpiece? It seems like Thanksgiving is more about food (and football and big sales) than about gratitude for survival.

Bet you don’t read much about the food insecure in online, broadcast or print media farmers market coverage. Far too often – and I count myself among this number – the focus is on what delicacies can I buy for myself, my family and friends. But the poverty rate is rising, and more people here and abroad are vulnerable to hunger and famine. Food security is a complex concept. The Wikipedia entry provides an excellent overview of the global breadth and depth of the issue. Click through – en.wikipedia.org/wiki/Food_security. Closer to home, a recent Feeding America study found that 20% of the residents of the 33th Congressional District (Culver City, Ladera Heights, Baldwin Hills and other western portions of Los Angeles) were food insecure. That’s 126,840 people, about three times the total population of Culver City. Some downtown Culver City Farmers Market vendors help out by donating produce they would otherwise discard to St. Augustine’s Catholic Church for its food bank distribution. St. Mark’s Lutheran church has been hosting a free Monday night dinner. Other charitable organizations and individuals have been doing what they can to lend a hand, but the demand for food bank assistance has been increasing faster than donations to many food banks’ shelves.

There’s been a lot of press recently about our nation’s growing obesity problem and the relatively poor nutritional value of food available to a large segment of our population. Ironically, food insecurity can lead to obesity and nutritional deficits because the least expensive food often contains calories while lacking much nutritional benefit. Access to affordable, healthy food can help reverse this trend. I’m heartened that local community groups and the University of California Cooperative Extension Common Ground Garden Program are growing the community garden movement in under-served as well as affluent areas.

In 2003, the concept of “Meatless Mondays” was introduced as part of an international campaign to improve public health and the health of the planet. Environmental advocacy groups have long voiced concerns about overuse and misuse of pesticides, adverse effects of industrial livestock production on water quality, the dangers and environmental degradation inherent in agribusiness’ preference for monoculture, unforeseen consequences of genetically modified organisms, increased air pollution and global warming arising from distribution and processing facilities food far distant from consumers, among other aspects of modern agribusiness and retail sales. I’ve been really tempted at times to change the focus of this column to feature Meatless Monday recipes, but the thought of publishing Meatless Monday recipes on Tuesdays seems a little incongruous.

Where does Fresh From the Farm fit into all of this? I’m not sure. The last few years have been great. I’m grateful to have had a chance to discover new things, experience new tastes, and share some of my interests with you. But with the turning of the seasons, the time for this particular column in this particular format may have come to an end.

What’s next? I don’t know. I do know that Fresh From the Farm is taking the month of December off. What happens in 2012? I’m not sure. I’ll be taking some time to mull things over during winter break. Your comments, feedback, and suggestions would be most welcome.

Katie Malich lives locally and thinks globally and is grateful for the opportunity to write Fresh From the Farm and for her editor and readers.