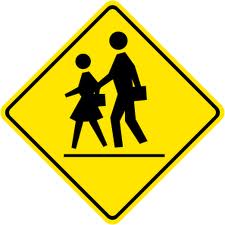 The Culver City Board of Education held its regularly scheduled meeting on Tuesday, Sept. 22 in the City Council chambers. About two thirds of the seats were filled, making this a larger than normal turnout. The meeting marked the departure of School Board President Scott Zeidman and School Board Member Steve Gourley.

There were five main items presented, a farewell to Mr. Gourley and Zeidman, information about Measure EE Parcel Tax funds,  a presentation regarding architect fees, motions concerning capital improvements, and a motion for approval of the 2012-2013 School Year Calendar.

All of the board members and audience speakers thanked Mr. Gourley and Mr. Zeidman for their four years of service. In particular, the speakers mentioned the tireless support Mr. Zeidman provided to craft and promote Measure EE, the Parcel Tax, to the public. The Parcel Tax will bring in six million dollars of much needed funding in this era of budget slashing. Both gentlemen were credited with working with the other board members to place a cap on the student populations at the Middle and High Schools, with the intention of keeping the school size manageable and reducing reliance on LAUSD. Over the past four years, despite a 10% loss of state funding, the board balanced the budget without increasing class sizes. Led by Mr. Gourley, the board created one of the nation’s first anti-bullying task forces. The board extended Spanish immersion to La Ballona, creating an avenue for language immersion to an additional 264 students. The final achievement of this board was to drag is issue of the capital improvement funds out of its dusty spot in the bank account and make real progress on getting much needed capital improvement projects started in the district. The consensus of the board members was that Mr. Gourley and Mr. Zeidman were instrumental in the board’s successes and that their input will be sorely missed in the future.

Crystal Alexander of the Citizen’s Oversight Committee gave a report on the Parcel Tax. She pointed out that the monies raised will be used to replace reduced funding from the state. Board Member Ms. Patricia Siever asked that future reports include how the money is allocated, and the impact on the students of those allocations. Board Member Karlo Silbiger asked Mr. Ali Delawalla whether a separate auditor should be appointed to review the Parcel Tax funds. Mr. Delawalla explained that hiring a separate auditor would cost additional money while the current district auditor is perfectly capable of performing an accurate and impartial audit. Ms. Alexander pointed out that built into the Parcel Tax measure was a special procedures audit which will clarify any possible conflicts of interest and detail where and how the money is spent.

In a previous meeting a question arose about the awarding of a $400,000 contract for the athletic fields to the architectural firm of Westberg & White. The question was put on the agenda as an information-only item. An attorney contacted by the board explained that California law requires a fair and competitive bidding process which does not necessarily mean that it has to be put out for public bidding. Audience members Gary Silbiger and Scott McVarish raised issues of fairness of the awarding of the contract. Superintendent Patricia Jaffe stated that she called Laura McGaughey, a previous Superintendent, who told her that Westberg & White was chosen on the basis of a Request for Quote (“RFQ”) in 2002. Since that time, the firm has acted for the district in contracts for the adult school, consultation about elevators, High School modular buildings and other matters for the district and the city. Mr. Delawalla also explained that this architect has experience with other athletic fields and facilities. Under questioning, the attorney stated that many school districts maintain long-term relationships with architectural firms and other contractors without asking for another RFQ and that putting the architectural contract up for open bidding would very likely cost the district an additional $250,000 since that is the scale amount in the California Office of Public School Construction fee schedule.

Mr. Gourley pointed out that withdrawal of the architectural contract might lead to litigation and that his experience was that contractors chosen through an “open bidding” processes do not always mean quality on-time work, which could lead to significant delays and cost overruns in the project.

In other business, Michael Arena was voted in as a member of the Citizen Oversight Committee.

In regard to the agenda item of Capital Improvements there were 20 speaker cards and 5 written statements that were read into the record. The gist of the written statements was that the fields and facilities are in distinct need of renovation to provide for the safety and well-being of all who use them. They also lauded the importance of sports in the development of mature individuals. The majority of the speakers raised questions about the amount of information that the board had before it and a request that the board put off acting to approve the projects until more detailed analysis, community input, a punch list of work to be preformed, asbestos and mold abatement for Frost, and consultations with experts could be performed. Head baseball coach Rick Prieto pointed out that the baseball grandstands date back to about 1969 and are dilapidated and in constant need of repair. Coach Jerry Chabola pointed out that the Middle and High school coaches have provided the district with a lot of input about the athletic facilities. Dr. Luther Henderson and Ms. Janet Chabola stated out that many of the capital improvement projects have been discussed, agendized, and opened to community input repeatedly over the years since 2004-2005.

Following the public comment the board decided, at the suggestion of Mr. Silbiger, to split or “bifurcate” the capital improvement vote. They decided to have one vote on approval of the four projects (athletic facilities, elevators, Robert Frost Auditorium, and solar), and a separate vote approving the estimated budgets for the projects. The school board proceeded to vote 5-0 to approve the four identified projects.

Regarding the budget motion, Board Member Kathy Paspalis pointed out that there has been a large amount of discussion in public session by the school board about these projects and that the health and safety of the students is imperative. She pointed out that there are approximately 4,000 kids a week using the fields between district use, AYSO, and Pop Warner Football and approximately a couple of hundred kids using Frost. A motion was made to vote on approving the budget and Mr. Silbiger requested that it include a proviso that if no other non-district funding is available that there be an allocation of $1.5 million to bring the total solar budget to $3.8 million (the amount identified by Todd Johnson of the Sustainability Committee). The board voted 5-0 supporting the motion that the budgets for the Capital Projects be approved.

The last topic of the evening was regarding approval of the 2012-2013 school calendar. The calendar schedules the start of school on Tuesday, September 4, 2012, after Labor Day and the end of school on June 21, 2013. Coach Jerry Chabola stated that many of the surrounding districts are starting the school year in August and that the athletic teams’ competitions start before Labor Day. If the current calendar is approved, then the students would be out of sync with surrounding districts. Coach Chabola pointed out that since the surrounding districts end school in June before Culver, that there are substantial security issues with other district students coming on to CCUSD campuses. High School World History AP teacher Rachel Snyder pointed out that a September start puts all AP students at a disadvantage. Surrounding school districts have a two to three week advantage by starting in August, while the one third of Culver High School students who take AP classes lose those weeks of classroom instruction. The AP tests have a mandated date, so school schedule does not affect when the test is taken. Both Ms. Snyder and Coach Chabola pointed out that having finals after winter break is ridiculous and probably leads to a decrease in grade performance. It would make more sense to have the semester end before the winter break, as it would if the school started in August instead of September. Mr. David Mielke, President of the Culver City Unified Teachers Union said that the Board and the unions already signed off on the proposed calendar and that to reopen the issue raises questions of bargaining in good faith.

The Board response to the calendar question made it clear that a calendar reconsideration should be discussed. Mr. Zeidman stated that it is often said that “it is all about the students” but that calendar negotiations and school start times are not about the students, but are based on what is best for the district employees. Mr. Gourley suggested that more teachers speak out and focus on the students. Ms. Siever asked what percentage of the faculty approved the September start. Ms. Leslie Lockhart, Director of Human Resources, reported that approximately 67% of certificated employees participated in the polling and that of that 67%, 60% voted for the September start. When asked to do the math, Mr. Zeidman responded that approximately 40% of the certificated employees voted for the September start. Mr. Silbiger said that his charter school had a hard time convincing everyone to move to an early start, but that the early start has been incredibly helpful for the AP students giving them extra time to prepare for the testing. He stated that winter break should be a break; that was the logical choice. Mr. Gourley echoed the security and AP student disadvantage issues. Ms. Siever requested that the district staff survey the students and that the calendar committee find acceptable solutions. The board then voted 5-0 denying the motion to approve the 2012-2013 School Calendar. The meeting adjourned around 11:30 p.m.

The meeting on Tuesday, December 13th will see the installation of Laura Chardiet and Nancy Goldberg who won the seats in the recent election.