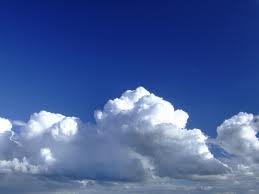 I did something yesterday that I have never done before. I un-published something.

I actually un-published it twice. The first time I posted the story, I just had a feeling in my gut that I needed to wait on it, and I pulled it. Several hours and several emails and phone calls later, I posted it again, and let it stand.

I had three different sources, and I knew I had a story I could stand on.

After I published, I had three different phone calls during that day with people speaking in angry voices, yelling at me, and the last one actually screaming at me. I’ve had far too much of people screaming at me over the phone in the last several weeks of my life, and it always seems to be related to my telling the truth. I know I am in an important plot twist in the fairy tale when the number three keeps coming up.

I have had situations at Crossroads before where people demanded I take down a story, and I did not. It is not my policy to cater to individuals issues. It is my policy to serve the greater good.

Truth can be harsh. It can make people disturbingly aware of their perceptions, or agonizingly unhappy about their choices. It can also shine a light into the darkness, and illuminate something that needs to be seen. Truth can set you free.
.
When I was jumped back into the world of journalism in 2009, I had not thought truth telling would be so tough. I define myself as a writer but I had at that time more experience as a poet than a journalist. Journalists and poets worship the same god- the truth – but in different ways.

I found the Associated Press stylebook journalism required of me to be a kind of orthodox-fundamentalist approach to truth. Adjectives are not allowed – too subjective- and adverbs are barely tolerated. The strict schedule of who-what-when–where-how – and perhaps, just perhaps, why – was a diet so thin it couldn’t sustain me. Newspapers tell only one flavor of the truth, and it’s not enough.

Coming into the free-form world of publishing online, the rules are whatever anyone wants to say they are. Having any sort of standard is considered optional. It’s only about eyeballs, and how many hits you scored in the day or the hour. Anarchy reigns and ugly will get you more eyeballs than thoughtful any day of the week.

Those who care more about hits than they care about ethics can just post anything. During the frenzy of nasty name-calling, accusation and defamation that we recently celebrated as the school board election, I kept Crossroads clear. Everyone was welcome to express their opinion, and I published unedited letters from everyone’s supporters. Didn’t win me any huge audience during the sweeps, but I’m much more interested dialogue than a screaming contest.

So, what I published yesterday met my own standards; I knew it to be true, it was not simply one person’s opinion and it was newsworthy.

I took it down, because all that wasn’t enough.

I believe we need truth, the same way we need sunlight and air. There needs to be information for civic discourse. But to offer a suspicion, (as several people have pointed out in very loud and very angry voices) is to accuse. Linguistically that’s not true. Legally, that’s not true. But socially, it is. So while I still disagree, I defer.

If I were compelled to commit journalism, I would have to let the facts stand, and say let justice be done. Does putting information out in public somehow interfere with the pursuit of justice? If shining a bright light on a dark suspicion is itself unjust, how does that serve the community? Rather than use words to reflect only honesty, telling truth just for the sake of truth itself, I choose to publish for my readers in a way that gives us what we need.

There is no justice. There’s just us. If we can treat each other with both honesty and respect, we can face any issue, and resolve any challenge. Those are my standards. Forging policy can be like forging metal; sometimes very high temperatures allow for more fluidity.

Truth will not get stale, but will grow and thrive. Another presentation of the truth on another day may cause pain, anger, outrage and probably a few screaming phone calls. Another truth may be that help was offered, money was raised, children were cheered, problems were solved and we succeeded.

I can stand on both.