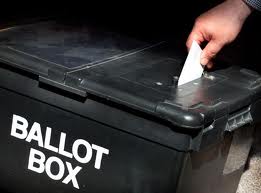 In a close race that didn’t close until the small hours of the morning, Nancy Goldberg and Laura Chardiet are now elected to the Culver City School Board.

With Goldberg scoring 2,213 votes she was the top candidate. Chardiet came in close behind with 1, 926 votes. Coming in third was current school board president Scott Zeidman with 1,898 votes. With 24, 617 voters registered, less than 1/4 of the electorate turned out to vote.

It was a long campaign that garnered a great deal of community interest and much controversy.

Chardiet offered that the best part of the campaign had been the support of her community. “All the people who gave their time and their money, who walked the city with me, who went out and walked for me, it was really heartening how much people care about our schools.”

Goldberg said that the best part of her campaign had been her students involvement. “Getting the kids to get out and vote, lots of them in their first election, that felt good.” She also offered kudos to her campaign managers, Stephen and Sandy Schwartz, for getting her across the finish line.

The new board will be seated in