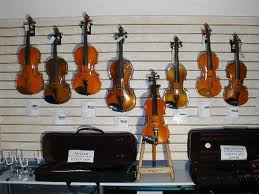 The Culver City Symphony Orchestra presents its Season Opening concert of the 2011-12 Season: “Veterans Day Remebrance.” The concert is Saturday, November 12, 2011, 8:00P.M., at Veteran’s Memorial Auditorium, 4117 Overland Avenue, Culver City; at the corner of Culver Boulevard and Overland Avenue. Free parking is available. This concert is under the direction of Conductor-Frank Fetta.

This concert honors the Men and Women of United States Armed Forces, appropriately since the orchestra performs in Veteran’s Memorial Auditorium. Veterans Day honors that at the 11th hour of the 11th day of the 11th month, fighting ceased in World War I. 2011 is the first time it will be celebrated in the 11th year.

There is no admission charge for this concert.

For additional information please visit our web site: www.culvercitysymphony.org or call 310-717-5500, or send an e-mail to [email protected]

Medley of Themes for the United States Armed Forces
Donizetti: Ah! Mes Ami, “The Daughter of the Regiment” (1840),
Haqumai Sharpe, tenor
Elgar: Cello Concerto (1918-19), Stella Cho-Cello
Brahms: Symphony No. 1 (1876)
Donations and membership to the Westchester Symphony Society, Inc. are welcome. Members of the Westchester Symphony Society are entitled to reserved concert seating, and to a pre-concert talk given by Maestro Fetta. Membership is available at the concert.

The Culver City Symphony Orchestra is now in its twelfth year performing in Culver City, and begins its 49th season. It has performed in many regional venues in the communities of Westchester, Venice, Los Angeles, San Gabriel, and now Culver City.

Frank Fetta, Conductor and Music Director, is well known for his conducting of orchestral music, ballet, and opera in Southern California as well as throughout the country including engagements with the San Diego Symphony, the Redlands Bowl Music Festival (of which he is director), the Fresno Philharmonic, the Torrance Symphony, the Nevada Opera Theater, and the Marina del Rey Summer Symphony.

Originally from South Korea and raised in Great Britain, 21-year-old Stella began playing the cello when she was eight years old. She made her London solo debut at the Royal Albert Hall, London, playing in front of a sold out capacity audience. She has also given recital programs in South Korea, Spain, Holland, Germany, Poland, Croatia, U.S.A. and played on numerous occasions on national television and radio. Furthermore, Stella took part in the 2007 Kronberg International Cello Festival in Germany as the youngest active participant. She attended the Aspen Music Festival for the past two summers with full scholarship studying cello with Richard Aaron and chamber music with Wu Han.

As a chamber musician, Stella has participated in master classes with the members of the Tokyo, Emerson, Orion and Takacs String Quartets and her trio reached the semi-finals of the Fischoff National Chamber Music Competition. She was also selected to perform with Joseph Silverstein during his residency at USC in April 2011.

An avid performer of contemporary music, Stella is a member of the USC Contemporary Music Ensemble, collaborated with Steven Mackey and has played for the renowned Eighth Blackbird ensemble. The USC Composition Department also awarded her the Most Valuable Performer Award in 2009.

Stella is currently pursuing her Bachelor of Music degree at the prestigious Gregor Piatigorsky Studio, USC Thornton School of Music with Ralph Kirshbaum. Stella plays on a 1967 Carl Becker & Sons cello generously loaned to her from the Colburn Foundation and a Paul Siefried bow from the Maestro Foundation.

H. WARING SHARPE, Hailed by opera legends such as Mignon Dunn, Florence Quivar and the late William Warfield as “one of the most promising young American tenors”, H. Waring Sharpe, a Chicago native, received his Bachelors of Music in Vocal Performance from Butler University, and continued his graduate studies in vocal arts at the University of Southern California. He is well known for his solo guest performances with Opera Noir, the Opera League of Los Angeles, African-Americans for Los Angeles Opera, the William Grant Still Music Festival, the National Association of Negro Musicians, Opera Buffs, the Bakersfield Symphony Orchestra and the Southeast Symphony.

He has performed for Opera Pacific, Utah Opera Festival and San Diego State University where he is currently in collaboration of singing the title role in the highly anticipated opera of Paul Laurence Dunbar. He has also appeared with the Fresno Grand Opera, Westchester Symphony, Culver City Symphony, the Torrance Symphony Orchestra and the Redlands Bowl.

He appeared as Madison in the world premiere of Monticello at the Skirball Center; other opera roles include Nate in W.G. Still’s Highway 1, the title role of Albert Herring, Monostatos in the Magic Flute, Vasek in The Battered Bride, and Des Grieux in Manon.

In addition to his vocal career, he was named the Indiana State Champion of Dramatic Prose and Poetry Reading. His interpretation of American classics from literary giants such as Dunbar, Hughes, Albee, and Uhry have kept the art of story -telling alive and well. Mr. Sharpe is also an accomplished writer of prose and poetry and is currently penning an anthology of comedic short stories detailing his childhood.