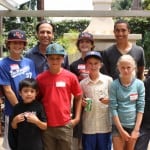 Saturday, Culver City Board of Education President Scott Zeidman kicked off his re-election campaign with a party at the home of Mr. Culver City, Mike Cohen.  More than 100 local residents, including almost two dozen Culver City students, showed up to support Zeidman.

“It’s truly amazing, I’m thrilled beyond belief.  Four years ago, when I ran the first time, my kick-off party was my wife Aileen, and sons Jason and Brandon.  I think our next door neighbors came by, too.

“This year, the support has been amazing.  Just today we have Mayor Mehaul O’Leary, former Mayors Andy Weissman, Alan Corlin, Sandi Levin, Steve Rose, Dave Hauptman, Board of Education members Steve Gourley and Kathy Paspalis, former School Board Presidents Dana Russell and Madeline Ehrlich, in attendance and so many more.”

“I guess if you work hard, listen to the public, and do what’s best for the district, then people notice.  It was great to see so many people.” 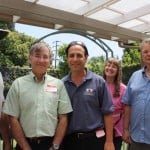 During his extremely brief presentation, Zeidman counted off some of the accomplishments of the Board over the past four years:

Zeidman reiterated that his work was far from over, and that he wanted to finish what he has started.

Information on the Zeidman campaign can be found at http://zeidman4ccusd.com/ 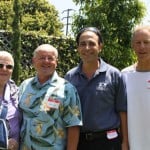