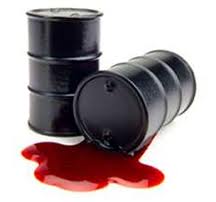 Our water is threatened by toxic, carcinogenic chemicals — and we don’t even know what they are.

High Pressure Hydraulic Fracturing (also known as fracking) is a dangerous method of drilling for oil and gas that is responsible for contaminating water across the country. The practice is spreading at an alarming rate, and our local oil field owned by PXP is a perfect example.

Thanks to the work of Dick Cheney and his secretive, industry-friendly 2005 energy policy, fracking has been exempted from regulation by the Environmental Protection Agency. Companies can largely conceal the long list of chemicals they pump deep underground, through our water table.

A vital new state law would protect our water supplies, and set the strongest standards in the nation for fracking chemical disclosure. The bill, AB 591, has passed the Assembly, and is now in the State Senate, where the oil and gas industry’s numerous allies are working to stop it. We can’t let them.

Read the language of the bill and see why you should phone in with your support now.

“This bill would instead require the district deputy to collect information on the presence of oil and gas deposits and the location and extent of strata bearing water or surface water suitable for irrigation, domestic, industrial, or wildlife purposes that might be affected. The bill would also require the maps prepared by the district deputy to be posted, as specified, on the division’s Internet Web site.”

Today is the day to call Sen. Curren Price and tell him to support AB 591 and keep dangerous carcinogenic chemicals out of our water.

If you are up to par on the Baldwin Hills oil field, you know a well is fracked by pumping hundreds of thousands — or even millions — of gallons of water and a cocktail of up to hundreds of tons of chemicals, thousands of feet underground at extremely high pressure, literally cracking the rock to release pockets of oil or gas.

While Cheney’s “Halliburton Loophole” has allowed frackers to keep the list of fracking chemicals a secret, scientific examination reveals that it can contain known endocrine disruptors and carcinogens, including benzene, xylene, toluene, and diesel fuel — and those are just the chemicals we know of.

That’s bad news, because these chemicals don’t just stay underground. Fracking fluids (along with oil and gas) can leak through well casings into our groundwater, poisoning water and literally causing it to light on fire. Above ground spills of fracking fluids are becoming increasingly common across the country. Rivers and lakes are being contaminated with the release of insufficiently treated wastewater recovered from fracking operations.

To properly regulate fracking, and protect our water in California, it’s essential that Californians and public officials understand what chemicals are being used by drilling companies.

If oil and gas drillers are allowed to pump secret chemicals through our below ground water supplies, the consequences could be disastrous, and we might not even know what our water had been contaminated with.

AB 591 is a vital first step in our state, and will help encourage needed action at the federal level.

Call Curren Price at 916-651-4026 and tell him you support AB 591 and keeping secret chemicals out of California’s water.