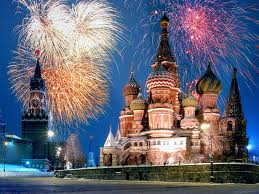 Saturday night, June 11th I had an adventure that was both culturally satisfying and eco friendly. A friend and I had the most marvelous time listening to the local sounds of the Culver City Symphony Orchestra. We greened it over on our bikes a few blocks from Carlson Park over to Vet’s Auditorium; it was our first time and the Orchestra’s final performance, concluding their 48th season.

The night entitled Moscow Bound was dedicated to the two participating concerto soloists, the marvelous Nigel Armstrong on violin and the extraordinary Xian Zhuo on cello. They were both selected to compete in the prestigious XIV Tchaikovsky International Competition in Moscow the week after the Culver City concert, along with 581 other applicants from 48 countries. This is the most distinguished music competition in the world and only takes place once every four years.

The music was incredible and consisted of dynamic work by Liszt, followed by two powerful concertos by Tchaikovsky and Dvorak, respectively.

I spent a few years living in London, and among my friends were two musicians, both bassoonists with London’s Royal Philharmonic Orchestra under the direction of Sir Thomas Beecham. They taught me to appreciate the works of the great virtuosos of the past century. I only had to close my eyes and allow my heart to be vulnerable. On this evening I recalled that advice and was transported by The Culver City Symphony Orchestra to a very magical place. No matter how much I fought the tears I eventually bowed in surrender to the great compositions and the Culver City Orchestra who managed to lift the very notes so graciously off the page and captivate my heart.

I can’t convey to you the evening as a critic of classical music in the traditional sense. I can tell you that I felt transported to another time and place. Our local symphony orchestra is undiscovered to most of Culver City’s residents of my generation but it shouldn’t be, and it needs to be revered and introduced to our children. to my friends who are parents, one never knows what will resonate with our kids. To deprive them of tasting classical music is simply a tragedy. So I say, dust off your bikes and enjoy timeless music and memories that are only a bike ride away.

Congratulations to the amazing musicians who are Moscow bound. For the rest of us, Culver City is a very good place to listen.