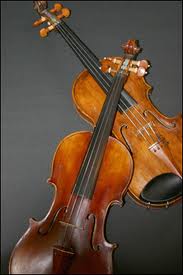 The Culver City Symphony will close it’s 48th Season with a concert so extraordinary, it will be unique. They will present two outstanding young musicians in the same concert one week before they leave for Russia to participate in the XIV International Tchaikovsky Competition, one of the most prestigious music competitions on the planet.

The soloists, who will be among the 583 participants from 47 countries in the Tchaikovsky competition, are Nigel Armstrong-Violin, and Xian Zhuo-Cello. It is remarkable that Southern California would be home to these two outstanding young musicians, and fairly unheard of that both would perform in the same concert just before the competition.

For those who remember or know history, the first Tchaikovsky Competition was held in 1958, and the winner in the piano division was Van Cliburn. This was during the height of the Cold War, and in a surprising move considering the heightened anxieties between the two nations, the Soviets, in an act of placing music above politics, awarded an American first prize. Van Cliburn’s performance did indeed warrant top prize, and back home he was lionized by a ticker-tape parade in New York City. Mr. Cliburn was awarded the prize by one of the competition’s organizers, composer Dimitri Shostakovich.

Further adding to the importance and closeness of the Tchaikovsky Competition to our June 11 concert, in 1974 the late Eugene Fodor became the first American, and first Westerner, to share top honors in the violin division. Conductor Frank Fetta conducted concerts with Mr. Fodor performing the Tchaikovsky Violin Concerto.

No one can predict what will befall Messrs. Armstrong and Zhuo. Chances are very good that attending the Culver City Symphony on June 11 could secure bragging rights for a long time.

For ticket holders there will be post-concert refreshments, and the drawing of our annual raffle, one of our fundraisers. Raffle tickets will be available at the concert. $2 per ticket, and a book for eleven tickets for $20-one extra ticket. A list of prizes is on our website culvercitysymphony.org

$15 Members of the Westchester Symphony Society

box office one hour prior to the concert.

Send us an e-mail: [email protected]