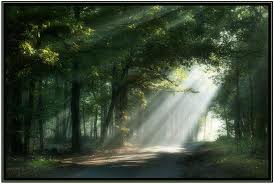 There was a tense moment a few months ago at a school board meeting, when the discussion of placing solar panels on the school grounds got very heated. The head of the sustainability committee, Todd, was trying not to show how exasperated he was with the assistant superintendent of business service, Ali, over the lack of progress. Several members of the school board (Pat, Kathy, Steve) added in their frustrations, and the superintendent (that’s Patti) voiced her perspective very forcefully. While the evening resolved without any real crisis, it also passed without any progress on the matter at hand, or the communication crunch.

It was not just about solar panels. It was about power.
Everyone involved – Todd, Ali, Pat, Kathy, Steve and Patti are all folks who are comfortable with responsibility – or should we say, power- and yet their collective ability to toss a simple pragmatic beach ball around the room was lacking in finesse. Or success.

It put me in mind of another evening at the city council, when a resident, Rich, had come to speak about the choice of trees the city was going to plant on Sepulveda Blvd. While the staff at city hall had presented two different species, Rich felt he had specific knowledge as to why neither of these were appropriate choices. The staff member under whose authority the trees had been chosen, (that would be Sol,) spoke about what factors had been considered. Rich was not satisfied and while decorum was maintained both seemed frustrated, if not totally disgusted.

This one was about trees. Which can obscure the forest.

We are (really, Culver City, you know this) blessed with a population so educated, so talented, so experienced, so very good at what they do, it’s boggling. We have truly amazing volunteers. The people who show up to run the bake sales could write a book, either about baking or sales or both. I would not be surprised if one of them already did. The folks at the fundraiser yard sale have more advanced academic degrees and marketing know-how than the execs running Target. The amount of talent walking around in sneakers on these streets is just mind-blowing. The folks who put their shoulders to the wheel to make things happen deserve to be listened to with more than grimacing impatience.

That does not mean they are always right, or that advice from the floor should automatically trump the work of the paid staff. There are good reasons why the staff has been hired to perform their jobs, and respect should be given to them as well, if not first. There simply needs to be a better balance. When someone with experience, professional background and smarts is there to see that something that concerns the community is being taken care of, that’s important.

I do not offer my applause the people who just complain and don’t address whatever they consider to be the problem with their own efforts. Anyone can accuse, kvetch or just whine, and it accomplishes nothing. (And then they ask for more time to speak – sigh- )

I do include all of our elected officials in the volunteer slot, as they do a heroic amount of work for next to nothing. What we pay our politicos wouldn’t buy lunch in any larger form of government. But anyone with a name-plate and a seat on the dais does not need more microphone time; they have that.

As the financial crisis grinds on, and the people in Sacramento continue to make things worse, we need our volunteers.  Finding 6 billion dollars does not mean that we are saved; it just means we’re only chest deep rather that up to our eyeballs. While we step into another week of financial matters at City Hall, another round of negotiations and cuts at the School Board, it’s a moment to reshape the power play.

The people in our community who step up deserve to be heard. The help that they offer to our understaffed, overworked employees really is more than priceless. That does not give them the right to take over. This is not a game of “Capture the Flag.” But it is about how we play with each other. It is about power.

We elected people to take care of this- making sure that the staff is handling the practical matters, and negotiating the kind of community support that will give us the results we want. But it is also the responsiblity of each individual to add their best, and not fall into blaming and name calling.   This is not an “us versus them” issue. We are all “us.” All of us.

So if we take away all the titles, and just use the names we would use in the sand box, does that make it easier to recognize that we are human?

Solar power for the schools is going forward. Trees will be planted. There will be a filing of the correspondence. With the a bit more patience and a bit more respect on both sides, we can do much more with so much less rancor. Let’s start now. Wanna play ?

It makes me deeply uneasy when there are two local stories inside of a week that feature guns. First, we had the police killing a robbery suspect who was allegedly reaching for a weapon. Then, …[READ MORE]