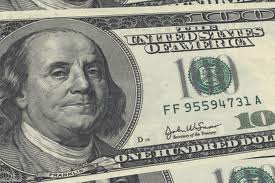 I was once listening to an interview with author Michael Crichton, and he was speaking about the arc of his success. To go from being a medical student living on a thin margin, to being a successful doctor, to being a very successful author had taken him from dealing with daily scarcity to living in opulent abundance.

As we continue to stare down the huge budget cuts the recession has mandated, we grapple with the need for equity and balance in how we pare down. But is it required that no one make more?

The issue of Patti Jaffe’s salary is not a real issue, and it is simply time for it to go away.

Since she was given the post of school district superintendent both union president David Mielke and school board member Karlo Silbiger have not missed a single opportunity to remind the public how unfair it seems to them that the superintendent of schools have a paycheck of more then $200,000 a year.

I asked Jaffe at a school board meeting several weeks ago how that felt to her; to have the same people bringing this topic up every time. She looked down at the desk with a shy and embarrassed grimace offered, “I hope this will stop soon.”

To say that everyone was pleased the school board gave Patti Jaffe the post is an exquisite understatement. A huge slice of the community turned out to celebrate and congratulations poured forth from both teachers and classified employees who had worked with her at many different levels. It was as close to civic nirvana as a school district could get. But the recurring refrain that she is overpaid is not really about money.

Citing the example of the new LAUSD Superintendent who voluntarily took a pay cut, the idea that the superintendent should follow suit came up at the Democratic club meeting, and one teacher even used the phrase “mending the hole in our hearts.”

Maybe it’s a crab barrel thing. Perhaps you’ve seen how an open barrel of crabs does not provide an escapes route for the layer on top, because as soon as a crab begins to crawl out, another crab will grab it and pull it back in. Mielke spoke at length from the dais of the Democratic Club meeting about how the current system promotes people out of their strength. Rather than keeping the best teachers in the classroom, the way our pay scale is set moves teachers into administration for the sake of a bigger check.

We have a huge inequity in our culture between skills, accomplishments, and rewards. Teaching, among the most vital and crucial professions any culture can fund, is always underpaid. Almost any profession that involves constant contact with children is not a high salary or high status gig. Ever wonder why?

Consider that during the Soviet era in Russia, physicians went from being highly paid and highly valued to being paid much less, with an attendant loss of social status. Why? The profession shifted with the educational opportunities available to all from being heavily male to being mostly female. Boiled down to the essence, women are always paid less. If you are a teacher or a nurse, no one needs to tell you this.

While I cannot imagine that Karlo or Dave would ever think of themselves as less than feminist the fact is that the pay scale for teachers simply isn’t equal to the pay scale for administration. Look at your professional history here, guys. You are a trapped in a pink collar ghetto.

While the gender parity in the teaching profession has adjusted radically in the last few decades- we don’t say ‘male teacher’ the same way we say ‘male nurse’- women are still statistically making about 70 cents on the dollar compared to what men make.

Patti Jaffe has worked her way up from part time aide all the way to the top job. Her fans are legion. The fact that she is wearing a skirt to do a job that has traditionally worn a tie is a victory for all of us. To keep on insisting that this woman, with her totally unique skill set and hometown resume, is somehow taking bread out of the mouths of the rank and file just doesn’t make any sense.

Full disclosure- I am not one of Ms. Jaffe’s legions of fans. I never worked with her, never took a class, and I have some big problems with how she deals with a few particular issues. I am a raving fan of the teachers in our district. The tremendous effort that goes into educating my daughters is not just professional excellence, but personal commitment and an inspirational amount of understanding, affection and creativity. I volunteer in the classrooms whenever I can. I know how great our teachers are.

To some, it looks as if Patti Jaffe has far more than enough, but no one else can know what enough means to her. We are all glad she took the job.

It’s clear that no matter what, Karlo and Dave will have some point to pick and that’s fine; that is their job, and we should all be glad that that’s what they do. Democracy should always be about opening up the margins, and going over the details. It’s often the case that those of us who don’t have enough money feel resentful towards those who do. But it’s not about the money. It’s about equity and security and respect.

While those who are holding pink slips are wondering what the next year will bring for them, I wish with all my heart that they have enough. Even if Patti were to volunteer to take a pay cut, it will not save the jobs we all long to save.

While we strive to create an economy where gender roles do not equate out to pay inequity, let’s be gracious enough to allow a unique individual to keep her contact where it is.  As we try to steer through the next budget, just having a good leader might be enough.

Just a Thought – What a Wonderful World

Last week, I went to look out my front door to survey for storm damage, and I was met by a huge double rainbow arched over the wet street. This kind of thing keeps happening. …[READ MORE]

Do you ever get that feeling when you know someone is watching you, and you can‘t see anyone there? It’s fun to do the news, but it’s not always fun to be the news. Not …[READ MORE]

Parents Don’t Vote I was at a party recently when my friend Madeline set me on fire with one casual comment; “Parents don’t vote.” I said, “That’s not true. I’m a parent and I vote.” …[READ MORE]