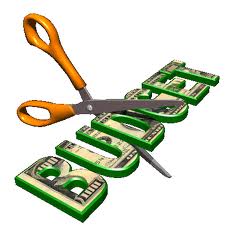 On Wednesday, April 13, the Culver City Democratic Club’s monthly meeting offered a panel to discuss local budget problems in regard to both the city and the school district. City Council member Andy Weissman and City Employees Union President Desmond Burns took up the discussion of the challenges facing the city, and School Board member Kathy Paspalis and Teacher’s Union President Dave Mielke considered the school district’s financial issues.

While the phrase “the perfect storm” came up over and over again as a description of the monetary difficulties facing all of Culver City’s services, it was almost a perfect panel to present the different perspectives on the problems. Each speaker brought their own formidable level of expertise to the conversation. While minds did not seem to be significantly enlightened or changed at the conclusion of the meeting, the staus quo in the room seemed to feel that it was worth hearing, and worthy of more discussion.

Club President Karlo Silbiger opened the meeting with a few quotes from Thomas Jefferson, including the admirable idea that “The man who reads nothing at all is better educated than the man who only reads newspapers.”

Dave Mielke began the discussion, starting off his comments on the budget with his Culver City resume; a resident since ’79, the union president for 26 years. “ The crisis is very real. The estimation of dollar losses, from three to eleven million dollars, it’s just breathtaking. It’s so much money, it tests my usual comment of how crisis is an opportunity to prioritize.”

Noting the inevitable increase in class sizes that will be one result of the financial crunch, he said, “As a teacher I can tell you, it changes how you teach.” Fewer writing assignment would be the result of so many more papers to grade per class.

While bemoaning the pink slips already in hand for many of the teachers in the district, he added, “I think there are a number of creative ways we can streamline the administration.” While it’s still not known how serious and extreme the cuts will be, Mielke concluded “It’s about what’s best for the kids.”

Paspalis began her comments by offering “what an interesting time it is to be in this position (as a recently new member of the school board) in the worst crisis since the Depression.” She highlighted that the cuts coming up were not going to challange a solid school district; they were going to be the next layer into an already challenged district. “Since 2008, we have had a 20% reduction in the budget, and now we are looking at taking another 20%.”

Paspalis listed issues such as special education and school security that were emphatically needed and legally required. While noting that the deficit was something that all of Culver City would have to deal with, “thanks have to be given to the wonderful people who passed the parcel tax, and are willing to pay extra to protect the great schools we have.” Noting that “people move to Culver City because of our schools, and we want to do all that we can to keep the quality of our education high.”

When Andy Weissman took the microphone, he had to begin in the same tone. “While it’s no longer news that Culver City has been negatively impacted by the recession, with businesses closing and revenues down, we have been actively involved in the last two years, trying to right the ship, [after the perfect storm] and find ways that we can all prosper and survive.”

Noting a gap of 8 to 8.5 million annually between income and expenses, Weissman said, “We can hope for increased revenues, reduced expenses, or do both. Business revenues are slowly increasing, but it will be years before we get back to where we were.”

“As many of you know, 80% of our budget goes to payroll” Weissman continued, “and we have come to expect a level of service from the city that we truly don’t want to see decrease or end, but further cuts cannot be sustained without noticeable changes in service.”

Adding in the potential loss of redevelopment revenue could cost 3 to 4 million for the general fund, he noted “We will need to begin increasing revenues, yes that’s accepted term for tax increases.”

The last member of the panel to address the club was Desmond Burns, the president of the Culver City employees association. He spoke to same theme of drastic financial challenges to the basic services that the city provides, citing “911 operators, park rangers, animal control, secretaries, they are the ones who are keeping the city running.”

Burns bemoaned the fact that “our department heads are newer, and they don’t have the institutional memory that many of the employees have.” In an impassioned plea for support, he stated, “It is in our best interest that the city does well, that we all do well.”

“When we are eliminating 60 positions, we need to look more closely at what we are doing and why. We have the opportunity to address all spending issues.” Bringing up to the light for a close look at the expense of litigation and outside counsel, Burns noted that “We have four city attorneys who do a great job, but the [outside] contracted litigation [from the last budget cycle] was at a cost of four million dollars, and that is a lot of money.” Burns grieved that so much was given over to legal counsel without question or qualm, and asked that the enormity of legal expenses be something specifically looked into. “We need our leaders to be leaders,” he concluded.

While the evening did not end with any miraculous problem solving, the audience seemed to be satisfied that it had all gotten a good airing, and that perhaps new approaches and better solutions might yet arrive before the next round of cuts.

If you are a member (or would like to be one) of the Culver City Democratic Club, come  to the meeting this Wednesday evening, July 14, at 7 p.m. at the Veteran’s Memorial Building. Our …[READ MORE]

The recent meeting of the Culver City Democratic Club voted on endorsements for the propositions on the upcoming June ballot. The club requires a 60% vote to endorse a candidate or issue. In regard to …[READ MORE]

Tom Hayden to Speak at Democratic Club on Dec. 8

On Wednesday Dec. 8, the Culver City Democratic Club’s meeting will have Tom Hayden as its featured speaker. In addition the club will be holding its Annual Holiday Gathering and Silent Auction. After over fifty …[READ MORE]