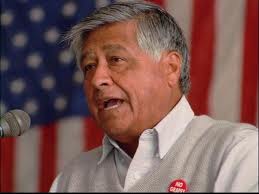 Culver City has proclaimed March 31st to be Cesar Chavez Day of Community Service and Learning.

The words, Yes We Can! Si Se Puede, recently united the cultural tapestry of our nation as chants rippled across America and the world in support of Barak Obama’s world changing  2008 presidential bid.

Forty years prior, the same chant was the mantra first echoed by Cesar Chavez as he inspired and engaged thousands of migrant workers to believe in his dream to form a union that comprised of dignity and fair wages, medical coverage, pension benefits and humane living conditions. His dream today is known as the United Farm Workers of America.

His drive was the result of his own experience. At ten years old Chavez was one of thousands of migrant workers displaced from their families to work in the fields. He witnessed the injustice imposed upon the laborers who had no rights and thus no voice with which to be heard.
Chavez formal education ended at 8th grade but his passion for learning thrived. He began to educate himself and as a result was inspired by the works of Mahatma Ghandi and Martin Luther King and thus adopted the non violence philosophy to accomplish his vision for the United Farm Workers of America.

So, a young Mexican American man of humble beginnings showed the world the way of the peaceful warrior. YES WE CAN/Si Se Puede are three simple words with mighty meaning; they are reminder to all us of the power that intention has no barriers.
We can overcome the adversity of our own lives to create change and partake in the tapestry of our own communities. One idea – Check out Culver City Gives in the box on the lower right side of the page, and add your enthusiasm to an organization that is making it what you want it to be.  Yes, we can.