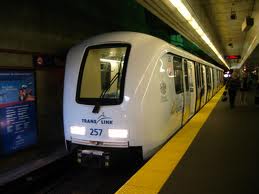 Moving forward to connect the Westside to the county’s existing rail network, the Expo Construction Authority Board of Directors approved two major milestones today. The funding agreement and design-build contract approved by the board clear the way for design and construction to begin on Phase 2 of the project, which extends the nearly complete light-rail line between downtown Los Angeles
and Culver City to its terminus in Santa Monica.

The $1.5 billion Phase 2 Funding Agreement between the Los Angeles County Metropolitan Transportation Authority (LACMTA) and the Exposition Construction Authority (Expo Authority) provides the guidelines by which Metro will fund the project through Measure R half-cent sales tax revenue as well as state and local funds. The $541.7 million design-build contract was awarded to Skanska/Rados to design and build Phase 2 of the Expo Line.

The Board of Directors approved incorporation of a Project Labor Agreement into the contract, which includes local hiring provisions and will help ensure that the project will be delivered on time and on budget. With this contract in place, the Expo Authority will kick off the design-build process with a series of community meetings along the project corridor in early May.

The Board also gave direction to carry forward previously cleared design options for a grade separation and aerial station at Expo/Sepulveda and the no parking option at the Expo/Westwood station. The Los Angeles City Council approved a motion today which commits to funding the estimated $5.3 million cost differential to add the Sepulveda grade separation and aerial station to the project.

The Expo Line will bring more transportation options to Westside communities traditionally underserved by public transit and who experience some of the worst traffic congestion in the nation. Phase 1 of the Expo Line, between downtown Los Angeles and Culver City, is 88% complete and expected to partially open later this year. Pre-construction work and utility relocation on Phase 2 is expected to begin later this year, with service to Santa Monica scheduled to start in 2015.