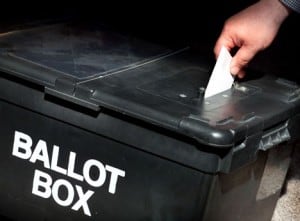 There is an election coming up on March 8  and you can get the information that you need at the Los Angeles Community College District Candidates Forum, to be  held at the Veteran’s Auditorium (in the Yanji/ Iksan Rooms) on Monday, Feb. 28 from 7 to 9 P.M.

While this type of election usually does not draw very much interest from the general public, all residents of Culver City should be interested in how one of our biggest neighbors- West Los Angeles College – is conducting their business and how it affects our community. Because of the historic low turnout for this type of election, getting our neighbors interested and voting will swing the vote in a direction that will get us the best results for our residents.

Many residents of Culver City,  and the City of Culver City itself,  have had several issues in the past few years with West Los Angeles College. The college signed a “Memorandum of Understanding” with their neighbors several years ago for the purpose of agreeing to be good neighbors and legally committing to certain standards of behavior. They have since ignored this agreement, even after many meetings with the college and even attending several Community College Board of Trustees Meetings to bring these issues to their attention.

These issues include eliminating free parking on campus, closing the track and other areas designated for public use, creating a bus line that runs in close proximity to private residences, creating construction noise in violation of Culver City Code, producing activities that gives rise to significantly greater traffic, and many more contentious behavior patterns that violates the “Memorandum of Understanding”.

These candidates are running to be elected to the LACCD Board of Trustees.  This Candidates Forum is designed for the purpose of finding out who is willing to listen and respond. Elected officials have a responsibility to the constituents that elect them. Get the information you need to make a choice that reflects your voice. In elections with a low turnout, every vote counts, and the tide can be turned by a very small number. Make your voice matter; find out the facts, and get out the vote.

How To Vote- Part 2 by Steve Gourley

Measure EE – Where it’s At

What is the story with Measure EE, that parcel tax that we passed to help with funding the schools ? How many seniors opted out ? At the Culver City School Board Meeting on May …[READ MORE]