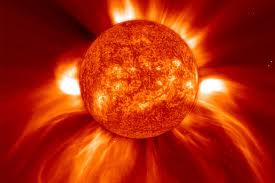 A University of Colorado Boulder instrument for studying changes in the Sun’s brightness and its impact on Earth’s climate is one of the payloads on NASA’s Glory mission, set to launch from Vandenberg Air Force Base in California this week. A second payload, a 4-inch cube designed and built by CU-Boulder undergraduate students, is intended to test and improve space-based communication systems.

Designed and built by a team from CU-Boulder’s Laboratory for Atmospheric and Space Physics (LASP), the Sun-measuring instrument—called the Total Irradiance Monitor, or TIM—will point directly toward the Sun to measure both short- and long-term fluctuations in its energy output. Such measurements are important because variations in the Sun’s radiation can influence long-term climate change on Earth, said LASP researcher Greg Kopp, principal investigator.

The Taurus XL rocket ferrying the Glory satellite also will be carrying a tiny CU-Boulder satellite designed and built by about 100 students, primarily undergraduates, who are participating in the Colorado Space Grant Consortium. This “CubeSat” satellite will be ejected from the rocket at about 400 miles in altitude to orbit the Earth and study new space communications techniques.

“We’d like to know how the Sun’s energy changes over both the short and long term,” said Kopp. “This spacecraft is carrying extremely sensitive instruments for monitoring solar variability, which makes the mission especially relevant given climate change on Earth and the importance of determining the natural influence on those changes.”

Glory will join five other NASA Earth-observing satellites as part of the Afternoon Constellation, or “A-Train,” a tightly grouped series of spacecraft that circle the globe several times each day to gather information on Earth’s biosphere and climate, including hurricane behavior and climate change. The A-Train spacecraft follow each other in close formation, flying mere minutes apart. The A-Train orbits Earth about once every 100 minutes.

Using Glory as well as prior and subsequent missions to measure solar radiation changes, scientists hope to determine how much energy reaches Earth on timescales of decades to centuries, influencing Earth’s long-term climate.

Scientists previously have shown that the overall output of the Sun can change up to about 0.1 percent over the duration of a solar cycle, which lasts about 11 years. But such short-term variations cannot explain the warming seen on Earth in the past several decades. The vast majority of climate scientists believe that global warming is due primarily to human-produced greenhouse gases building up in the atmosphere.

“In attributing climate change causes, solar variability measurements such as those from Glory are necessary to discriminate the natural from the human-caused effects on the climate,” Kopp said.

The second CU-Boulder payload, a CubeSat satellite dubbed Hermes that was designed and built by students, primarily undergraduates, is about four inches on a side—roughly the size of a Rubik’s Cube. The goal is to improve communications systems in tiny satellites through orbital testing that may pave the way for scientists to downlink large quantities of information, according to Colorado Space Consortium Director Chris Koehler.

Hermes is part of NASA’s Educational Launch of Nanosatellites, or ELaNa, project. Two other CubeSat satellites are aboard the Taurus rocket with Glory—one from Montana State University and one from Kentucky Space, a consortium of Kentucky state institutions.

You can contact Bob Eklund at [email protected]net.com, or visit his websites at www.bobeklund.com and http://firststarbook.com.

Herschel Space Observatory Lives Up to the Family Name — Astronomy is about scientific discoveries, and every week our scientists bring us new and richer views of the Universe around us. But astronomy is also …[READ MORE]

Planet from Another Galaxy Discovered An exoplanet orbiting a star that entered our Milky Way from another galaxy has been detected by a European team of astronomers using a 2.2-meter (87-inch) telescope at the La …[READ MORE]

A diverse cast of cosmic characters is showcased in the first images NASA released last week from its Wide-field Infrared Survey Explorer, or WISE, an automated infrared telescope in Earth orbit. Since WISE began its …[READ MORE]