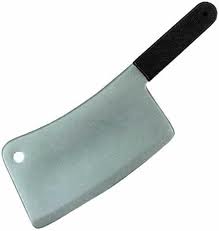 The City Council and Redevelopment meeting of Feb. 22 was historic, and while the state still has not yet legislated the end of redevelopment, Culver City has done all the housework to prepare for the change.

In a nearly empty chamber, vote after vote easily passed in a final re-orchestration of projects and funds to finance them. Council members Jeff Cooper, Mehaul O’Leary, Andy Weissman and Scott Malsin were in accord with Mayor Chris Armenta, and each item on the agenda cleared five “ayes” without hesitation. Armenta commented if there were ever an agenda that covered the idea of redevelopment completely, this was it.

Governor Jerry Brown is still adamant about using statewide redevelopment money to help close the budget gap in Sacramento. A majority of legislators in the Senate and Assembly budget committees voted on Friday Feb. 18  to support proposals to raid redevelopment funds (Assembly Budget Committee) or abolish redevelopment altogether (Senate Budget Committee). Members in both committees voted on these proposals even though there is no actual bill language. More than one month after Brown proposed to abolish redevelopment, bill language still has not been introduced.

Brown and Democratic legislators say they’re willing to compromise if a deal can be reached to gain the state $1.7 billion this year, but Culver City is making sure that if redevelopment is eliminated, the city can still move forward.

Chris McKenzie, the executive director of the League of California Cities, noted that Proposition 22, approved overwhelmingly by voters in November, specifically prohibits the state from seizing redevelopment funds. “It’s clearly an illegal proposal,” he says.

Critics often point out that redevelopment tax subsidies are a bonus to private developers, and that those who can afford to invest a few million in real estate development should not be getting more funds from the smaller commercial interests in a community. In Culver City it is obvious- in many places visually obvious- that many redevelopment projects are beneficial. The issue is whether state and local governments can afford to keep adding more of them when every other public service needed for a healthy community ( public schools, parks, fire and police departments and infrastructure maintenance) is being cut.

With the state budget deficit currently around $25 billion, California has the worst bond rating of any state. Compromise is still possible, but the clock is ticking.

What will this mean for Culver City ?

One key element was the approval of a $1.8 million annual payment to the school district, ensuring that the redevelopment monies currently scheduled for the district would continue uninterrupted. City Clerk Martin Cole offered the council that he had met with both school board members and district officials, who were said to be relieved to able to rely on the city, and not the state, to be making that payment.

Council and Agency member Scott Malsin offered that  “The efforts of the Culver City Redevelopment Agency have kept our property values strong, created innumerable jobs, and made our community a better place to live. We have used the agency to strengthen our local economy and provide a solid tax base to fund city operations for years to come.” Should the state end redevelopment, the shape of local government will change, but the meetings of the last two weeks will keep funds available so the projects can move ahead.

Last week, at a special meeting on Thursday, Feb. 17, the council and agency authorizedthe issuance and sale of $50 million in tax allocation bonds to allow the city to take over projects from the agency with secure funding. According to Malsin, “We decided it was necessary to issue these bonds so that we can continue to do that good work. Although the Governor’s shortsighted proposal to eliminate redevelopment agencies would terminate the ongoing revenue stream from local commercial property taxes that we have used for 30 years to transform Culver City for the better, the state cannot rob us of the ability to repay debt once it has been issued. So, even though the financial resources the bond will provide are far below what we would otherwise have at our disposal, they should permit us to complete some critical projects we have been working on for years.”

When Mayor Chris Armenta stated “We are ready to take action on closing the structural deficit,” he was at the end of a half an hour of remarks from the other council members, following a …[READ MORE]

Looking for local news? You found it! We are glad you clicked in on Culver City Crossroads. Culver City was founded in 1917 by Harry Culver, who created a ‘live and work’ community for the …[READ MORE]

Dear Editor: I am strongly supporting Jeff Cooper for City Council for many reasons. Jeff is a person who does what he says. He is also a good listener who follows through and takes action. …[READ MORE]