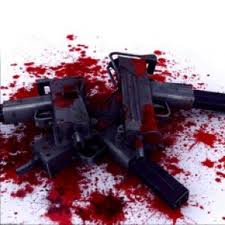 This is about guns, about craziness and about people.

In August of 1976, a crazy man named Cato Wilson decided that doctors were evil, and so he went out and got a gun and shot up a medical clinic. Dr. Clement Greene Martin took bullet from Wilson’s M-1 carbine rifle point blank in the chest and died.

Dr. Martin was my father.

Every time it happens again- a crazy man with a gun opens fire, I feel the same wounds in my own life reopen and bleed a little more. Not only for the victims and the loss but for the insanity that causes someone to go and get a gun, and think that murdering some figure of authority – an elected official, a doctor, a civil rights leader – will somehow solve their problems or ease their pain. Mental illness is painful.

We need to change our culture. We need mental health to be taken at the same level as physical health. If people were as confused and ashamed of cancer as they are of depression and schizophrenia, we would have far less treatment, and a much higher death rate. The death rate from mental illness is not counted only in the number of homicides, but suicides as well.

I had another relative, technically a cousin, but we called him Uncle John. He was so angry, so mistrustful and so paranoid, my siblings and I used to refer to him jokingly as “The Prophet of Doom.” He was not amused. He was given to quoting the Bible in a thundering voice that trembled with rage. We listened to him rant, our arms crossed over our chests, snickering quietly in the way that children do. He kept turning up the volume of his delusions until the night his paranoia became so overwhelming that he cracked up. He was the one who called the police, reasoning that those around him were obviously insane since they would not agree with him. When the cops arrived, it was clear who was crazy, and he was taken away in handcuffs, and admitted to a mental health facility. The darkness that engulfed him was one from which he did not return.

When I published the essay “Gunslingers” last year, a large part of my intent was to remind the community that the beloved and respected Albert Vera had become a crazy man with a gun. The posthumously understood fact that Mr. Vera’s heart problems were preventing adequate oxygen from getting to his brain was a classic example of physical illness begetting mental illness. We know how a lot about how brains work.

The hardest news to take was Christina Green, because there are no members of my family that I value more than little girls. When I listened to the President offering her eulogy at the memorial service, I sat down in the middle of my kitchen floor and cried like a kid.

You might have noticed that my father’s middle name was Greene, so the 9 year old who is no longer with us could be a member of my family in more ways than one.

Dr. Martin Luther King, Jr. would have been in his seventies this January. Imagine what his courage and his faith could have done to change the world, if not for a crazy man with a gun. Now imagine what a difference your courage and faith can make in shifting the assumptions in our culture. Mental illness is an illness, just like leukemia or influenza.
If we can get help to those who are suffering, then we may not have to suffer because of it. Make treatment easier to get, make guns harder to find, think of one action you can take right now that will make a difference.

We shall overcome, one day.

I’ve survived a number of crimes. The idea that once the event is over, it can all be filed way doesn’t take human nature into account. I’m happy to identify as a survivor rather than …[READ MORE]

Do you ever get that feeling when you know someone is watching you, and you can‘t see anyone there? It’s fun to do the news, but it’s not always fun to be the news. Not …[READ MORE]