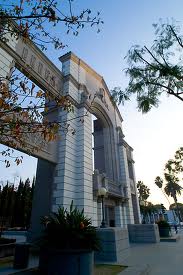 This week, Governor Jerry Brown delivered one of the toughest state budget proposals in history — one that contains many plans worth serious consideration and yet includes a proposal to eliminate redevelopment agencies. It has come to the City’s attention that the State Legislature may be prepared to consider, as early as Jan. 18, an urgency bill which would prohibit Redevelopment Agencies throughout the state from issuing debt. This proposal, if enacted, would effectively halt agencies from pursuing new projects.

This proposal violates the spirit of Proposition 22, supported by 61% of the voters in the November, 2010 election. Then-Attorney General Jerry Brown’s ballot summary stated that Proposition 22: “Prohibits the state from borrowing or taking funds used for transportation, redevelopment or local government projects and services.”

Culver City officials reacted with serious concern that the state is once again seeking to take funding from local governments. Proposition 22 constitutionally prohibits the state from requiring a community redevelopment agency to remit property tax to or for the benefit of the state or any other jurisdiction directly or indirectly. Proposition 22 also clearly states that it shall be liberally construed to effectuate its purpose of prohibiting the state from taking or borrowing these revenues. The Governor’s proposal raises other constitutional issues as well.

The Culver City Redevelopment Agency feels this proposal should be further vetted on constitutional grounds and encourages the Governor and legislators to reflect on what the voters have repeatedly communicated at the ballot box on the importance of protecting local government funding.  “Redevelopment in Culver City has been effective in stimulating private reinvestment into areas by eradicating blight and creating opportunities for business growth, jobs, and affordable housing,” stated  Redevelopment Agency Chair Micheál O’Leary.

The Agency has been able to assist 3,300 very low, low, and moderate income households, so that residents may live in decent, safe and sanitary housing units.  The Agency is also working on three housing developments that will produce nearly 60 affordable new construction units over the next two years.  Without financial assistance from the Agency’s 20% Housing Set Aside Fund, these projects could not be built.  Further examples of the success of collaborative redevelopment efforts include
the revitalization of downtown Culver City and the extensive reconstruction of Westfield Culver City, a regional shopping mall. Westfield Culver City generates approximately $3 million in revenues annually for the City and at least $15 million in revenues for the state.

Because of the significant negative impacts this proposal would have on the City, the City Council and Redevelopment Agency Board are scheduled to meet in Special Session on Saturday, January 15, 2011 at 2:00 PM.  All members of the public are welcome to attend this meeting in the Mike Balkman Council Chambers located at 9770 Culver Boulevard  Culver City, CA  90232.