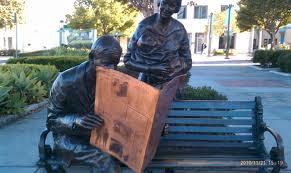 “There is a significant amount of uncertainty, and you can’t attract public and private investment without certainty,” stated Murray Kane, the legal council to the Culver City Redevelopment Agency. “This is a staff effort to resolve to create as much control of our own destiny as much as possible.”

On Saturday, Jan 15. The Culver City Council and Redevelopment Agency held a special meeting to address the state of California’s looming threat to do away with the arm of local government known as redevelopment. Only Council member Jeff Cooper was missing (being out of town to attend to a family issue) and the remaining four council members sat down with a clear mission – to circumvent the state of California from ending economic development as we know it.

When Governor Jerry Brown made public his intentions to put an end to redevelopment agencies in the state last week, many noted that it was a contradiction of last election’s Prop 22, which forbids that sate from taking local money. But when the Legislature announced it’s intent to put this into action as soon as Jan. 19, cities all over the state had think quickly about how to hold on to their resources. There are about 400 municipal redevelopment agencies in California, most of them run by cities, which collectively take in about $5 billion a year in commercial property taxes.

Council member Andy Weissman spoke of all that redevelopment had accomplished in Culver City noting that “reviewing the projects would amplify the agency value going back to the past several decades.” Mentioning Fox Hills, City Hall, the downtown parking structures, the Kirk Douglas and Ivy Substation theaters as a part of an even longer list, Weissman made his point. “Without redevelopment, we would have no downtown at all.” He offered that the “governors overall proposal is worthy of consideration, but eliminating redevelopment would be devastating.”

The vote was unanimous, as expected, on each item on the agenda allowing the city to take over both the current and scheduled projects of the agency, and to solidify the funding that would be needed.

With the agency currently seeking new auditors and the cloud of possible mismanagement of funds still not completely dissipated, several citizens took to the podium to speak their minds. Jeremiads gave off far more heat than light, and suggestions that the agency ought to be abolished were made seemingly oblivious to the fact that the process had already begun.