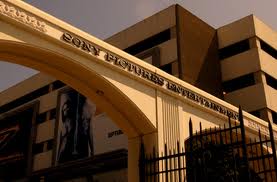 The commercial real estate website GlobeSt.com is reporting that Sony Pictures Entertainment has signed a new lease extension that will keep the studio in the Sony Pictures Plaza building through 2016. Financial terms of the transaction were not disclosed by Sony at this time. The agreement, signed with building owner TCE-Filmland Holdings LLC, extends a current lease which had provided an option to exit at the end of 2012.

“We are very pleased to renew our lease at Sony Pictures Plaza through 2016,” says David Mannix, senior vice president of Worldwide Facilities Administration at Sony Pictures. “This will give us time as we consider the longer view of what our studio’s needs will be towards the latter half of this decade.” Mannix continues that the entertainment industry is undergoing significant changes in light of the challenges and opportunities of the digital age and the global marketplace, and that is affecting the structure and operation of all the Hollywood studios.

The 328,847-square-foot building, located at 10000 W. Washington Blvd., is known as Sony Pictures Plaza. It is located across Madison Street from the main Sony Pictures lot in Culver City.

“Over the long term we need to be strategic in how we build up our business and meet the needs of our employees, customers and audiences here and around the world,” Mannix continues. “We’re undertaking an in-depth review of all our facilities and how they function so that we can be a truly ‘21st century’ studio. Having the stability of a lease at Sony Pictures Plaza over the next six years is very helpful as we look at what we need to do for our business in the years beyond that.”

The Georgetown Co. LLC’s Marshall Rose and Adam Flatto along with CresaPartners’ Matthew Miller and Gerald Porter worked with Sony Pictures on this transaction. The building owner, an affiliate of Transpacific Development Co., represented itself.

As GlobeSt.com reported back in December 2007, arbitration set a rent of $56.1 million from Sony Pictures Entertainment to landlord Transpacific Development Co. over five years, however the arbitration came after the Torrance-based building owner failed to reach an agreement during negotiations over rent for Sony’s approximately office space at the building. Sony Pictures tells GlobeSt.com that the arbitration dealt with current rent through 2012, and there is a mutually agreeable rent in place regarding the extension through 2016. CresaPartners’ Porter adds that “this extension negotiates new economics beginning in January 2011.”

Save the Date – Tribute to the Stars – May 6 at Sony

The Tribute to the Stars gala evening is an opportunity to honor the “stars” of our schools and we hope that you will come to celebrate all of our award winners. Reservation information will be …[READ MORE]