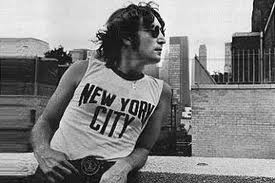 John Lennon may have called New York his second home, but PBS is asking viewers nationwide to record and upload memories of the man and his music to become part of “Remembering Lennon,” a new online video exhibition tied to the American Masters film “LENNONYC,” airing Nov. 22 at 9 p.m. ET (check local listings) on PBS.

Starting November 18, PBS will accept user-generated videos through its PBS Arts website (www.pbs.org/arts), which was launched earlier this year to give Americans the chance to experience the arts and explore the creative process through virtual art exhibits, videos from PBS national and local programs and interactive features.

PBS president Paula Kerger, in one of the first videos featured on the site, recalls a personal connection to Lennon. “When I think about John Lennon’s music, one pf the things I think about is when I first met my husband in high school. The album Walls and Bridges had just come out, and he had an 8-track player in his car. I remember listening to that great album over and over again as we drove around. It’s the album I was listening to when I fell in love, so it’s very special to me.”

Viewers can get uploading instructions at www.pbs.org/arts. After a short review process, submitted videos will be posted onto the site alongside those from other high-profile musicians, industry veterans and others who knew Lennon or simply loved his music. The exhibition goes live with remembrances from guitarist Earl Slick, who played on Lennon and Yoko Ono’s Double Fantasy album, photographer Bob Gruen, who took the iconic photo of Lennon in a New York City T-shirt and fans who attended “LENNONYC” screenings at the New York Film Festival and in Central Park.

For more information about the “Remembering Lennon” exhibit, including interviews with PBS staff members that are reviewing and posting user-submitted videos, contact Jenny Brod at [email protected] or 212-576-2700 x 259.