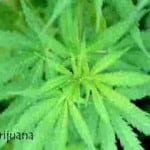 My son just started kindergarten. So naturally, I have been thinking a lot about the type of world and community in which I want him and our seven-year-old daughter to live. I am involved in a project to improve school lunches in our district to reinforce the nutrition lessons we teach in our home. I am a founding board member of a community group trying to improve our city’s parks. And I am working to help pass Proposition 19, the initiative to control and tax marijuana in California. It is important to me as a mother that my children grow up in a state—hopefully a country soon—that rejects the ineffective and damaging policy of marijuana prohibition. It may be counterintuitive, but legalizing marijuana will be better and safer for our children.

I would like to believe my kids won’t ever choose to use drugs. But whatever happens, it is certain that prohibition does not stop kids from using marijuana, and that my kids will be exposed to it along with other risky behaviors. After all, about a third of high school seniors have used marijuana within the last year, a figure that has been relatively stable over decades across the country and has not been affected by variations in laws and enforcement. Moreover, it has long been easier for kids to get marijuana than it is for them to get alcohol. The plain fact is drug dealers don’t require ID, and legitimate businesses do. By taking marijuana out of the black market and placing it within the confines of safe, regulated, and licensed businesses that only sell to those 21 and over, Proposition 19 would actually reduce underage access to marijuana.

While we don’t want our kids to try marijuana, if they do later on it can lead to very harsh consequences if they are caught, even for actions that are not harmful to others. And this next part is really scary: when a person is convicted of a marijuana offense, he or she is precluded from receiving federal student loans, will forever have a drug record that diminishes job prospects, and is precluded from many other benefits, not to mention being arrested, possibly serving time, and other harsh and harrowing outcomes. We don’t prevent even violent criminals from getting student loans. Or underage drinkers, for that matter. I don’t want people to have their lives derailed for a youthful indiscretion. Do you?

To truly serve public safety, we should control and tax marijuana, since under present policies, thousands of violent crimes go unsolved, while police spend valuable and scarce resources targeting thousands of non-violent adult marijuana users. Arrests for simple possession of marijuana have tripled over the last two decades. The $300 million California spends each year on marijuana enforcement would better serve our communities spent on solving and preventing violent crimes. Any new tax revenues would better serve our children if spent on drug education, drug rehabilitation, and of course shoring up our crumbling public education system.

We know our children are going to make decisions for themselves, probably at an age we think is too young. Laws are not going to be nearly as effective in guiding those choices as the messages we send to them as parents and in our public education efforts. We need to help kids navigate into adulthood with the judgment to moderate their intake of so many substances capable of abuse—from sugar to caffeine, alcohol, prescription drugs, and, yes, marijuana. Not to mention making good decisions about sex, Internet usage, driving, studying, and extracurricular activities. As a mother, thinking through the list, I am not most terrified by the choices they might make regarding marijuana. How about you? So let’s treat marijuana like alcohol, explain to our kids why they should avoid both, at least while they are young, and teach them how to be responsible about various choices in life.

This month, my five-year-old new kindergartner has taken up rollerblading. He goes fast, and has a lot of confidence. He has great balance so I resist the impulse to hover too much, even though I know a skinned knee is possible. I breathe a sigh of relief when he stops at driveways to ask if it’s OK to go ahead. And I hope that he will learn to internalize that check against his daredevil tendencies. I will do my part, and I don’t want the state hovering over my shoulder, reflexively criminalizing behaviors that happen to make mothers gasp. As parents, we know that education is often more effective than punishment, and in some cases punishment is not effective at all.

Women were instrumental in bringing about repeal of Prohibition in 1933, and we can be again when it comes to determining when marijuana prohibition is reversed. In my view, Proposition 19 is the right choice—not just for true law and order—but for our kids.

Hanna Liebman Dershowitz is mother of a seven-year-old and a five-year-old. She is an attorney in Culver City and co-chair of the Proposition 19 legal subcommittee.

Get Political – Pick Up the Phone

This is the last month the current Congress will be in session, but there is still important work to be done before lawmakers go home for the holidays. With one big push, we could accomplish …[READ MORE]

Prop 23 – AB 32 in Reverse There’s no doubt that Proposition 23 has received more study, publicity, and news coverage than any other ballot measure to be decided in the November 2 Gubernatorial Election. …[READ MORE]

Coming to our Senses on Pot – Hanna Liebman Dershowitz

As a mother, as a lawyer, and as a taxpayer, I am more excited about voting in the November 2 election than I have ever been about a vote in my life. That’s because the …[READ MORE]