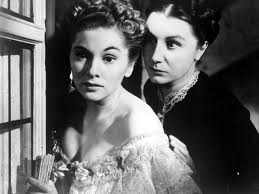 Made in Culver City, a free film program presented by the Culver City Redevelopment Agency, will feature Rebecca, directed by Alfred Hitchcock, on September 4 at 7:30pm in Culver City’s City Hall Courtyard. Culver City City Hall is located at 9770 Culver Boulevard and parking and dining are available in Downtown Culver City. No reservations are required for this event, but get there early. The courtyard always fills up fast.

Rebecca, starring Laurence Olivier, Joan Fontaine and Judith Anderson, was Hitchcock’s first American film and it received the Academy Awards for Best Picture and Best Cinematography, Black and White. The suspenseful story, based on the novel by Daphne du Maurier, follows wealthy Maxim de Winter who his haunted by the memory of his first wife, Rebecca, and his shy, new bride who is intimidated by both Maxim’s English mansion, Manderley, and its cruel housekeeper, Mrs. Danvers. Rebecca was produced by Selznick International Pictures and filmed on location in California and in Culver City. This year marks the 70th Anniversary of its release in 1940. Special permission for the screening has been provided by Walt Disney Studios Motion Pictures Non-Theatrical.

Made in Culver City celebrates the golden classics that were produced in “The Heart of Screenland”. The City of Culver City has a unique film legacy and has been the home to Thomas H. Ince Studios, Hal Roach Studios, DeMille Studios, Metro-Goldwyn-Mayer, Selznick International Studios, RKO Pictures, Pathe, Desilu and, currently, The Culver Studios and Sony Pictures Studios. Made in Culver City is sponsored by Sony Pictures Entertainment with participation by the UCLA Film & Television Archive.

Tonight there will be  a special screening of “bag it…is your life too plastic?” (Tuesday, April 26) from  7 to 9 pm, at Loyola Marymount University’s McIntosh Center, Third Floor, University Hall, LMU Drive at …[READ MORE]