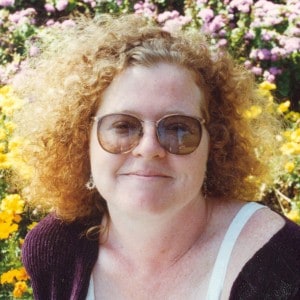 As someone who strongly identifies as an environmentalist, I still do all kinds of things I know I shouldn’t. I drive a car. I read newspapers made out of trees. But I compost the food waste, walk wherever I can, take my own shopping bags and recycle everything that I think is recyclable. I keep looking for ways to do more.

Earth Day means a lot to me.

I had the unique good fortune to be part of the original office staff at Heal the Bay, back in the 1980’s. I had spent the previous years working for non-profits that focused on feminism, and while I am always proud to be identified as a feminist, it’s just not a philosophy where we’re going to break the tape and cross the finish line. I wanted to work on the environment in part because it’s just so delightfully tangible. Any day of the week, you can take a strip of Ph paper, dip it into Santa Monica Bay, and know just what’s going on from a chemical point of view. It’s better, it’s worse, but it’s measurable.

I also know myself well enough to know that while I’m earning a living, I’d rather work for a cause than a company. Anyone can make a profit, but you have to choose to make a difference.

So when the idea of reviving Earth Day as a national holiday came around, Heal the Bay was ready. We helped to organized more than a dozen events around Los Angeles County, and I was pleased to be assigned to Palos Verdes High School, where the featured speaker was Ernest Callenbach, author of the 1975 book “Ecotopia.”

It was a long day, with literature and chairs and booths being schlepped from Santa Monica to Palos Verdes. It was a very good event. Lots of folks came and listened, got more info about how to help, and seemed enthused. It wasn’t until we were packing up that I had a moment I still don’t quite know how to describe. What’s the opposite of an epiphany?

As I was walking a box of literature back to my car there were two huge garbage trucks coming into the parking lot. I wondered why there were there, but it only took a moment for me to look around and see the row of extra dumpsters that were packed with the day’s trash- empty food containers, abandoned flyers, water bottles, just the kind of crap that is always left after an event.

My heart sank. We had an event about taking care of the planet, and the most tangible result of the day was that we generated several extra dumpsters worth of garbage. I almost cried.

Decades later, I realize that we are only human. We just need more time and more effort for us to change our habits. But we don’t have more time so more effort is the thing that is going to get us there. The environmental problems we confront today don’t involve the extinction of several species of birds, or the degradation of a wetland; they involve the entire human race.

No one is more impressed or pleased than I am with the huge success of Heal the Bay. I credit Mark Gold as a major genius, and I think that, as an organization, they really do it right. When I think of the tiny office above the carpet-cleaning warehouse, where we sat in donated chairs and prayed every day for the computers to work, I know success is possible.

While it’s great to have a holiday to encourage everyone to think about the planet, I know that the only way to teach anything is to be a good example. Everyday can be that kind of holiday.

Just a Thought – For Hope, Health and Healing