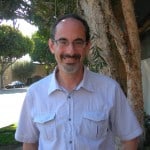 If you have been paying attention to the machinations of the City Council during the past two years, you already have an opinion about Scott Malsin. While “love” and “hate” seem to be very strong words to use in regard to the council, they have been used in regard to Scott.  His work on green issues, like the sustainability committee and the expo line, consistently wins him fans among conservation minded voters. The ill-fated nuisance ordinance, which took on a life as it’s own kind of nuisance for several weeks last spring, won him a small but vocal group of detractors; but several of them have qualified as their own kind of nuisance for many years, and will probably continue to rail at the council no matter who is in the seats.

As an incumbent, Scott has less to “campaign” on than anyone else running. His record speaks for itself, and whatever anyone else is offering or promising, you know what you are going to get by voting for Malsin.

Measure EE – Where it’s At

What is the story with Measure EE, that parcel tax that we passed to help with funding the schools ? How many seniors opted out ? At the Culver City School Board Meeting on May …[READ MORE]

State Revenues: Props 22 and 24 Proposition 22 is the latest in a long string of historic ballot measures (Props 13, 98, 218, et al.) meant to adjust the delicate balance between state and local …[READ MORE]