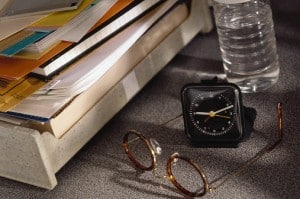 At the Culver City Council Meeting on Dec. 14, the issue was time. An item on the agenda in regard to clarifying the amount of time that public speakers would be allotted to address the council brought a lot of comments. The need for public comment, the right to free speech, all came very close to home. Is there anything else as important? Isn’t time all we really have?

There is something about taking the three minutes allotted to address the city council that is unique. There you are, on camera, speaking into a microphone, while the solemn faces of our governors regard you (or look away) and the seconds sweep by. You must be concise and make the point. From my perspective, three minutes is too much. Sound bites digest more quickly when they are bite-sized.

The discussion, naturally, took some time. The speakers from the audience, most of whom had carefully prepared their remarks, were in favor of having as much time as possible. The council members, most of who spoke extemporaneously, felt that the amount of time and the amount of people speaking should be worked to a formula to ensure that the meeting didn’t have to go all night.

There are a handful of people who are jokingly referred to as “the usual suspects,” in a wry nudge to the movie Casablanca. They can be counted on to speak at just about every meeting, and unhappily, they don’t seem to have more than one thing to say. But they get the time to say it, as per the rules, and no matter how often it’s been said before, it goes into the record.

Just going through the process was an excellent example of how the process works. Everyone got to have a say.

That’s what we’re here to do.

When the television series Six Feet Under was ending, they had a series of brief interviews with the actors from the show. Six Feet Under was a show about a family owned funeral home, and every episode began with a death; some traffic accident or swimming pool drowning illustrating that we’re all going to die, and possibly sooner that we think. Peter Krause, the actor who played the oldest son in the family, offered his accumulated wisdom from his role as an undertaker “Death shuts you up, just that simple, so if you have something you want to say, now is the time.”

While I don’t recommend that everyone sign a green speaker card and address the council, I do feel that if it is important to Culver City, it’s a very good place to speak and be heard.

For my part, I’m delighted to have a new medium for my thoughts, and I’m looking forward to a strong and healthy new adventure with lots of longevity. At the considerable risk of becoming one of the usual suspects, I’ll probably be reminding you about from the podium at the council meetings for at least another three minutes.

Judith Martin-Straw is the publisher and editor of Culver City Crossroads.com

The Next Development- Parking at the Hayden Tract

Among the most often discussed pieces of real estate in Culver City are the 242 parking spaces available in the site known as the Hayden Tract. After last night’s City Council vote, they will be …[READ MORE]

Week at a Glance – February 8 to February13

The best news from the Culver City City Council meeting on Monday Jan. 10 is that the plan to bring the Jazz Bakery back has cleared another hurdle. The space at 9814 Washington Blvd. will …[READ MORE]