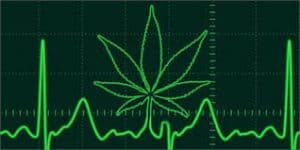 The City Council Meeting of September 9, 2017 moved swiftly thorough the agenda, past the consent calendar, and then slowed to a crawl over the the discussion of the marijuana ordinance that went on for hours. Despite the extensive work of the Marijuana Task Force, the outreach from city staff to the community for comments, and the looming state law that will make rules for us if we don’t make them ourselves, there were still options left in the lurch at the end of the voting.

What the council did accomplish was to direct staff to develop an ordinance allowing for the home delivery, manufacturing, testing and distribution of cannabis; all five council members agreed. Another vote directed staff to develop an ordinance to allow the indoor cultivation of cannabis in specific areas designated by the marijuana subcommittee, so as to prohibit commercial outdoor cultivation in any area of the city. Only four council members agreed on this – Goran Eriksson voted against.

In a third motion, council directed staff to research where retail could be permitted if the ordinance only allows facilities with 600 foot buffer zone from ‘sensitive uses,’ such as parks, playgrounds, schools and pre-schools and other dispensaries, and also require a 100 foot buffer zone between retail and residential, with a total of no more than four retail facilities.

Whether or not retail dispensaries will be allowed in the city remains to be decided.

While comments from the public at the podium fell fairly evenly between those in favor of Culver City allowing sale and cultivation of cannabis and those against it, it was striking that those in opposition seemed to be arguing that allowing any kind of marijuana legalization in the city was courting crime problems and social dysfunction. Those who spoke in favor called legalization a kind of enlightenment.

Kevin Lachoff spoke to advocate for a home delivery only rule, modeled on Beverly Hills’ ordinance, and several others leaned heavily on prohibiting retail sales of cannabis.

Former Mayor Jozelle Smith was seeking a permit to open a dispensary, citing her knowledge of the many medical benefits of cannabis.

On the council, almost every point of view was put forth; Eriksson told of dire emergency room visits by teenagers, Jim Clarke questioned the tax benefits of point-of-sale and retail permits, Thomas Small considered the value of various real estate tracts and if growers would be appropriate to the landscape. Meghan Sahli-Wells, whose research in Denver was part of the earliest city focus on legal cannabis, was non-plussed by the ranting against legalization, and Mayor Jeff Cooper was adamant in his reminders that cannabis was less of a challenge to health or social order than the omnipresent and quite legal alcohol.

That it took three motions and almost three hours of discussion – and still left the possibility of retail dispensaries off the page – is clear proof that Culver City will be moving slowly and with deep deliberation on legal cannabis.