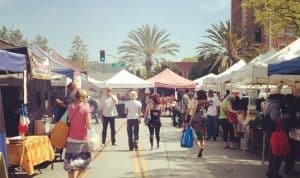 It was a classic government dilemma on Monday evening at the City Council chambers. The staff was putting forth an answer to a problem, but the council and community declared they had not been sufficiently notified or educated about the resolution. And there were comment cards – people speaking at the podium who were concerned about the issue. An item on the Consent Calendar – usually translated as – hey, just check this box and we are done – became the focus of an almost hour long conversation. The process of process takes time.

The dilemma – Should the council simply approve the appointment of a new manager for the Tuesday afternoon Farmer’s Market, or should there be more democracy here?

Todd Tipton and Glenn Heald of the city’s Community Development department had done what they considered the requisite leg work to get a good candidate, and they were happy to present her to the council for approval. Just check this box and we are done. But Main Street merchants Lisa Shultz of Whole 9 Gallery and Leah Koch of the Ripped Bodice Bookstore, both spoke from the podium saying that they had been shut down by comments from Community Development, and that the proposed changes to the Farmer’s Market would hurt their businesses.

I’m intrigued when the ‘let’s go with efficiency’ group is all of one gender, and the ‘can we get our voices heard’ group is all of another. But it’s much thicker stuff to get through when his facts and her facts do not resemble each other at all. There seemed to be two utterly different narratives being put forth here.

Really, it was the classic government dilemma; do we just get stuff done, and be done, or do we open up the process to a lot of community discussion and see how it shakes out?

Our current council, heaven bless them, does not have a solid record on this one way or the other. I often see them listening to evidence before voting, a sure signal that they did not walk into the room with their minds already made up. A series of recent agenda items about building limits and public safety in regard to the odds of another landslide on the Culver Crest were lauded as ‘town hall democracy’ and the ideal example of residents pushing to craft a policy that serves public good.

“The thing about democracy, beloveds, is that it is not neat, orderly, or quiet. It requires a certain relish for confusion,” so said Molly Ivins, one of my celebrity mentors. Her observations on the politics of Texas during the 20th century helped to shape the politics of Texas in the 20th century. I think we might all benefit from a dose of Molly.

Council Member Meghan Sahli-Wells threw the first pitch from the dais saying that all this was too rushed, clearly not enough information had been offered to the council or the community. Council Member Jim Clarke leaned even more on staff, finally asking City Manager John Nachbar “Why is this a consent item?” there was a great deal more involved here than check-this-box.

Considering the retail is already an endangered species in Culver City, it did not seem to me that getting a new manager for the Farmer’s Market was in anyway as central to our long term interests as keeping a our brick and mortar merchants happy. But the interest of things getting done – and that is what our local government is there for – the appointment was confirmed with the requirement that the new manager start off with a community meeting. I’m expecting that it will not be neat, orderly or quiet.

As someone who purchases books at The Ripped Bodice, and art at the Whole 9, and food at the Farmer’s Market, I’m hoping that the community will turn out to offer suggestions and solutions that can make Main Street work for everyone. This isn’t a disaster zone. Let’s not turn it into one.