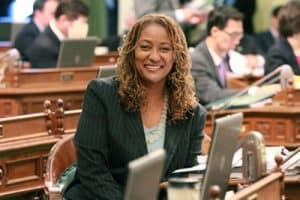 “I commend Gov. Brown for signing the 2017-18 budget today with no vetoes,” said Mitchell, who oversaw the writing of this year’s budget for the first time as chair of the Senate Budget Committee. “Members of the Legislature and staff worked long hours to write a spending plan that included new spending and improved protections for children, seniors, those in need and the environment, as well as an aggressive investment in the state’s rainy-day fund.

We should take great pride in putting together a plan that passed on time and included expanded investments in programs that Californians have said they need and will use to make California a better place to live.”