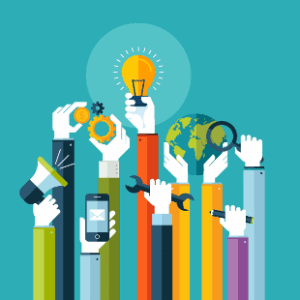 It’s human nature to want answers. In the current social media climate, it’s about wanting answers right now. But then we have to consider that speed and accuracy are not the same thing.  While the sudden end of Dr. Josh Arnold’s position as district superintendent was a surprise to many, it’s important to recognize that are some things we don’t know and some things we simply will not know, about exactly what and why.

But why not? skeptics may ask. I think skepticism is healthy. Skeptics ask crucial questions. It’s when it falls over into cynicism that it collapses under it’s own weight, and no amount of facts provided at any speed can satisfy.

I teach my children there is difference between privacy and secrecy. Everyone needs privacy; there are things that we just don’t need everyone to know. Secrecy is far more difficult. The word conjures up possibilities of financial malfeasance,  questionable sexual behaviors, or substance abuse. But human nature, being what it is, needs both.

When I took over the editor’s desk at the Culver City News, I was taking over the job of a man who had a secret. It wasn’t really a secret, because so many knew, but they came me one at a time, speaking in whispers, sure that they were the only one who knew. His secret was not one that I was shocked by, but to the people who felt they were protecting him it was both heavy and delicate. Glenn Esterly was an alcoholic, and the bottom drawer of his desk was empty of files, filled only with a bag of candy bars and a bottle of mouthwash. Some of his supporters felt they were simply protecting his privacy. Some felt that it was a secret that would cause huge harm if revealed. But after his death, they came, privately, to confess. Some with guilt, some with compassion, some with relief. I certainly felt the grief of those who had been his friends. I listened to a lot of people rationalize their participation in his problem.

It’s the crux of the issue here, as much of what the parents in the district seem to be concerned with is honesty. Privacy is about discretion. Secrecy is about shame.  Transparency is the other end of the spectrum, and while some consider it requisite, it’s an ideal and not always an appropriate goal.

The matter of Dr. Josh Arnold’s departure is yet another thing; this is confidentiality. In legal matters of hiring and firing, there are laws in place that say ‘this is private.’ It isn’t that the district or the board, or Dr. Arnold, has some kind of need to bury the dirt. It is dirt that, in any governmental body, is not made available for public consumption.

The words I keep hearing in this matter are “ethics” and “integrity.” These words are being used as standards we need everyone to uphold.

The district offices on Irving Place are not the scene of skullduggery. All kinds of business are conducted according to the proper legal standards by people we trust – yes, we do trust them – to run the machinery that educates our children. If Dr. Arnold no longer had the trust of the school board, then it was time for him to go.

When it’s your job, or your public persona, that is going to be effected by information going out without restraint, you might think confidentiality is a good thing. You might feel very strongly that taking the time to get the facts correct would be worthwhile.

Because it’s about educating our children. One of the most important things we can teach them is respect for human nature.