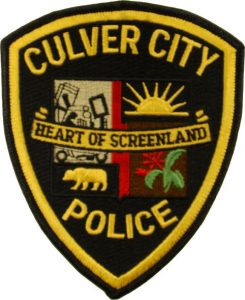 On May 17th, 2017 three male juveniles were walking in the La Ballona Creek west of Overland Avenue. As the juveniles walked towards the foot bridge, they were confronted by a male African American suspect, who stated that he had a gun and robbed the juveniles of their cellular phones. After the robbery, the victims called the Culver City Police Department and gave a detailed description of the suspect.

Detective Ivan Hernandez responded to the location, spoke with the victims and immediately followed up on leads to identify the suspect. Today at approximately 1:30 pm, Culver City Detectives located the suspect identified as 19 year old Ezykel Audinette (Los Angeles resident) in the 6300 block of Green Valley Circle.

During the arrest, Audinette was found to be in possession of a cellular phone that was taken in an additional robbery that was reported earlier in the month. This arrest was a result of the dedicated work of the men and woman of the Culver City Police Department and the partnership with the Culver City High School Security Officers.