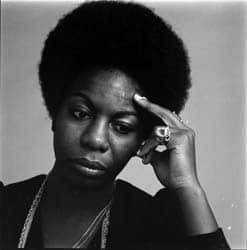 Black Talkies On Parade presents the 2015 critically acclaimed documentary What Happened Miss Simone on May 27 at 2:30 PM. Director Liz Garbus uses archival footage, interviews, and live performances to tell the story of musician and civil rights activist Nina Simone. The film begins with Simone’s upbringing in segregated North Carolina and follows her journey as a musician, which takes her to Liberia, Europe, and onstage at the world famous Carnegie Hall. The film was nominated for an Academy Award in 2016 and won the Emmy for Best Documentary that year.

Your afternoon host will be Lloyd Clayton, Executive Director and following the screening there will be a Q&A led by film committee member Shawnee Gibbs.