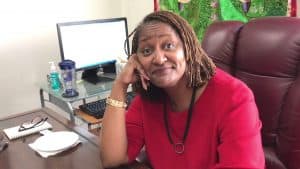 The website grades California’s legislators on how they voted on critical bills prioritized by the progressive movement in California, evaluating whether or not elected officials accurately reflect the values of their constituents. Those who do not reflect those values are featured in a Hall of Shame while those who scored top marks are included as “Progressive All-Stars.”

The website, CourageScore.org, allows all Californians to see their state representatives’ “Courage Score” on a scale of 0-100, along with a corresponding letter grade. The Courage Score is a rating of each legislator’s willingness to stand up for their constituents against corporate benefactors and wealthy special interests that dominate California politics.

“The year 2016 was one of the most progressive legislative sessions in the history of California,” said Eddie Kurtz, executive director of the California-based Courage Campaign. “This was followed by the passage of statewide Props 55, 56, 57, 58, 59, 63, 64, and 67, and the defeat of Prop 65, reaffirming that California voters stand on the side of progress, and are looking to our elected officials to provide a progressive example for other states in our country to follow.

“Since last year, we’ve seen California Democrats come together to support some of the most progressive policies ever seen in the United States – but with Trump and Republicans controlling Washington D.C., now more than ever we need our elected officials continue to deliver on their promises to voters and ensure California is the tip of the spear of the anti-Trump resistance.

“Many communities across California, particularly poor communities and communities of color, have never recovered from the Great Recession,” she said. “California has the highest poverty rate in the nation when you account for housing costs and other costs of living”

Courage Campaign is the only progressive organization that has tracked and rated legislators across a broad range of issue areas: from racial justice, to health care, to the environment, to workers’ rights, to consumer protections and more.