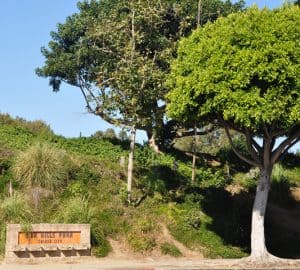 No matter where you live there will always be people who want to be involved with their community. On the other hand most of us have also met the “why don’t they do….” kind of people as well. Fox Hills has had its share of both types of people and luckily we have had those (and still do) of the sort who aren’t just asking when “they will do…” Some of our activities include the Annual Fox Hills Park Clean-up, Community Forums and our recently formed Neighborhood Watch program.

Redevelopment in Culver City: The first major project was the development of Fox Hills. In 1975 the Ernest Hahn Company developed the Fox Hills Mall (known now as the Westfield Culver City Shopping Center) with three anchor stores and more than 100 shops. 15-20% of the total sales tax revenue in the city is generated at the mall. ( 1992 figure and still going strong) The most recent renovation of the shopping center was in 2009 adding several big name restaurants and Target and Best Buys as anchor stores where Robinson May was previously located.

Marathon Starting Point: The off ramp of the Marina Freeway passing by Westfield Culver City was the starting point of the marathon during the 1984 Los Angeles Olympics.
Reference: Culver City- An Illustrated History by Julie Lugo Cerra 1992

As with most areas change is inevitable and the type of change is a concern to the community. There are some very stable businesses in the Plaza that we do not want to lose with new development coming in. The Fox Hills Plaza has a pending escrow and residents have voiced their suggestions and concerns. “Can I attend the next meeting?” “The traffic is bad right now. We have enough units, retail now”. “We are already so congested, especially with nearby construction” Suggestions include an indoor play space for children, eateries with outdoor seating, a yoga studio, an ethnic food market, a cafe to accommodate local entertainment, a wine bar…. And the list goes on!

Last but not least….Fox Hills Own!!!!

Congratulations Summer McBride, our Culver City New School Board Member who lives in Fox Hills!
Ms. McBride said she was looking forward to working collaboratively with the current board and superintendent to establish policies and procedures to guide district actions while representing the interests of the district’s diverse community, recently ranked the fourth most diverse in the United States.