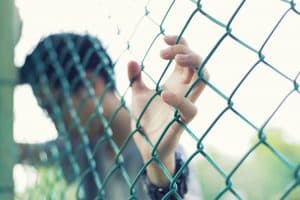 Less than a month after introduction, the last bill in a package of sweeping reforms of how California treats youths and young adults today passed its initial policy test.

“People are finally understanding that it is time to reform a system so that more emphasis is put on rehabilitation,” Sen. Holly J. Mitchell said after members of the Senate Committee on Public Safety approved Senate Bill 180, a modest step toward enacting the bipartisan movement to end wasteful incarceration spending in favor of community reinvestments.

The two lawmakers explained the bills during a recent press conference.

Their other measures are:

SB 190 – Ending Juvenile Fees
Approved two weeks ago by the Senate Human Services Committee, this measure would eliminate court fees on those found innocent of a crime. Status: Faces review Monday by the Senate Appropriations Committee.

SB 355 – No Court Fees for the Innocent
This would provide that only those who are convicted of a crime are required to reimburse the courts for legal counsel fees. Status: Approved by the Senate on April 3; this measure now awaits action in the Assembly.

SB393 – Sealing of arrests
Senate Bill 393 seals arrest records and remove barriers to employment for those arrested but not convicted of a crime. SB 393 is sponsored by San Francisco District Attorney George Gascón. Status: Approved by Public Safety last month, SB 393 next faces review by the Senate Judiciary Committee on April 25.

SB 394 – Juveniles Life Without the Possibility of Parole
Brings California into compliance with Montgomery v. Louisiana decision that juveniles cannot be sentenced to Life Without Parole. Status: To be reviewed by the Senate Appropriations Committee on a date yet to be set.

SB 395 – Miranda Rights for Youth
Requires youth under the age of 18 consult with legal counsel before they waive their constitutional rights in interrogations with police. Status: To be reviewed by the Senate Appropriations Committee on a date yet to be set.

SB 439 – Minimum Age for Prosecution
This would exclude children age 11 and younger from juvenile court jurisdiction and would promote the rights, health and well-being of the child by curbing premature exposure to incarceration. Status: Faces review Monday by the Senate Appropriations Committee.

SB 180 will next be considered by the full Senate. No date has yet been set.