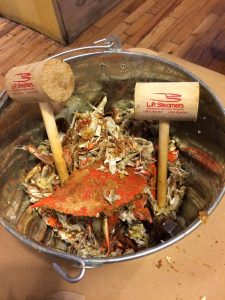 There is value in staying for a week in a place. You can unpack, take your time getting out in the morning, and do maybe just one or two activities a day. Short of staying for six weeks, as I once did once in both New York City and Seattle, or ten years, as I did in Tokyo, the week-long stay gives you a great introduction to a city that you may want to live in someday. No matter how well you plan a trip, you can’t really do it all, and usually end up leaving some sites or activities over for next time. Case in point, I’ve been to Barcelona twice, for three days each, and now I’ve fallen so in love with the place, that I’ve put a week-long stay on my bucket list.

Therefore, my own travels typically tend to be shorter trips to places, sometimes as little time as 24 hours. As I mentioned in last week’s Ruth’s Truth, the centerpiece of this trip is a 4 night 5 day round trip to Havana,Cuba from Fort Lauderdale. Going to Cuba had been on my bucket list before President Obama opened restrictions to travel there, and it moved to the top of my list for this spring break, amidst concerns about new trends in border control, and an effort to see it before it changes too much from the effects of tourism.

I could have spent a week in New York City with family and flown round-trip from there to Cuba, a point made by my sister who, along with many others, is less the day-tripping type. But I instead went out of the way to start this Cuba trip in New York, and gather up a bunch of first-time experiences along the way. Today being the fifth day into the trip, besides New York, I’ve been enjoying first time viewings of Philadelphia, PA; Wilmington, DE; Baltimore, MD and loving it.

In Philadelphia, a hotel employee asked me, “What brings you to here?” And I answered, “I’ve never been here before. She did a double-take and asked again, not thinking that was a reason to visit. Indeed, I have no relatives there, my one friend who lives there is away, and I had not arrived on an Israeli or Contra (they have both) dance night. Oh yeah, there was the Liberty Bell (my Facebook post of me with the bell has garnered more “likes” than any other) to see. In the 23 hours I was in Philadelphia, I found it to be: physically beautiful – with the mix of historically and architecturally significant buildings, between two rivers, with a sensical layout of streets. It is a city of history and art museums, and is anchored by an Ivy League school. I love comparing and categorizing places, and Ive decided that Philadelphia is now in my mind’s trio with San Francisco and Boston. My personal best highlight was a visit to the National Museum of American Jewish History, which I had not pre-researched, believe it or not; you can’t miss it – located right across from the Liberty Bell. I’m still pondering things I learned about my own heritage there which I may reflect on in a future Ruth’s Truths.

Not that I can’t devote a whole essay to Philadelphia, next on the list was a choice between a drive through Atlantic City, NJ or seafood lunch in Wilmington, DE. I’d never set foot in the state of Delaware, home of corporate America, so I opted to see where checks are often sent for credit card payment. As if not to disappoint me, a gaggle of Chase marketeers came in to the restaurant to celebrate a victory on a Thursday afternoon. I offered to take their picture, and the guy who seemed to be the top dog asked me “if I was a customer.” It thrust me back to my Amex days, when I, too, used to get into conversations with cardmembers on the road, flushed with company pride. I went out of the way to choose my Chase Mileage Plus VISA card to pay my bill.

And on to Baltimore. Downtown looks nice enough; colonial architecture, lots of bricks, a harbor is always nice, and there is history here, too. However, efforts to meet relatives did not pan out, the one sight I wanted to see here was the Edgar Allan Poe house, which apparently doesn’t open until next week, and I looked up a cool driving tour of “The Wire” locations, only to read that there are spoiler alerts in the itinerary (I haven’t yet managed to watch all episodes) and that tourists are to “beware: you are visiting actual high crime areas.” So, except for managing to find and ingest the de rigueur steamed crab (on butcher paper with spices) dinner, Poe has done his best to cast an appropriately Poe-ish pall on this place for me. Although D.C. was not originally on this itinerary, we may be able to catch sight of some of the famed cherry blossoms, duck into one of the tons of museums there, maybe even meet a friend for a drink, and arrive in Glen Echo, MD, on the other side of our nation’s capitol from Baltimore, to attend tonight’s Contra Dance. And then even later tonight, I can repose for the first time ever in Virginia. The Edgar Allan Poe House web site admitted that he’d spent a large portion of his short life writing in Richmond, VA, so I may be able to soak up more of my literary hero there, instead.

And I didn’t even write about New York yet! My 48-hours there was better than ever, and I don’t recall having written much, if anything, about New York since I started Ruth’s Truths in 2013. So, more later in this spring travel series: New York, over the (confederate) border south to Florida, and Cuba.